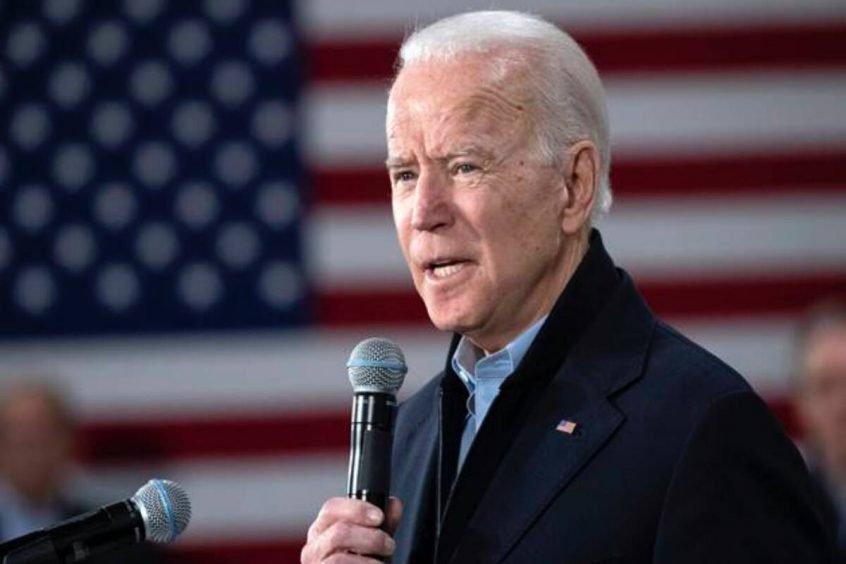 The media has focused on President Biden and the socialist-Democrats’ massive trillion-dollar spending programs with the promise of creating jobs and turning the economy around.

But that’s not the reality. And the media is silent about it.

In fact, it’s just the opposite.

The trillions are leading to job losses, stagflation and economic crisis.

In fact, Biden’s big government/massive spending policy has failed in every country in which it’s been tried.

It’s failed in Cuba and Venezuela.

Bureaucrats can’t make the right decisions that the free market can make.

Having government confiscate money from the productive for redistribution always produces less, not more.

The bureaucrats controlling how government money is to be spent are always filled with waste and inefficiency. Bureaucrats don’t allocate the money to the most efficient use. In fact, they do just the opposite. It becomes destructive for jobs, economic growth…and freedom.

Add to that the proposal for a $2.2 trillion infrastructure program and another ­­­­­­­­­­­­­$6 trillion spending program. It’s national bankruptcy.

The bankruptcy will be so big, the consequences so horrific that every reader should be concerned about their future and the future of their children and grandchildren.

Milton Friedman famously said, “There ain’t no such thing as a free lunch.”

If you spend money on your credit card that you can’t pay back, what happens?

And that’s exactly what we’re going to be finding out.

What will be the consequences of this massive spending?

Here are four things you should know…

For the readers who lived through the late 70s and saw prices going up practically every month, America experienced – because of government overspending – an inflation rate of 12% to 13%.

And the overspending was a fraction of what it is today.

Back then, every time you went to the store to get gas or to pay a bill, the cost had gone up.

The value of the dollar goes down when the money supply is increased above and beyond the proper production cost of goods and services.

Inflation is largely caused by the increase in the money supply.

This has been on steroids by the Federal Reserve to keep the economy moving, producing massive increase in the money supply, and manipulating the markets in order to pay for the overspending.

And by Congress with massive deficit spending.

Already the latest Consumer Price Index (CPI) report came out with over 4% inflation. That means your prices on average rose 4%.

But many things such as food, gas and lumber rose much more.

#2 Taxes are Skyrocketing – For Everyone

The massive tax hikes, including the corporate tax rate and the death tax, will result in reallocating resources, relocating business decisions, destroying incentives for growth, wages and innovation, and slowing the economy greatly.

Stagflation is a word from the past, but it’s going to be what we’re going to experience in the coming year or two. Stagflation is where there’s inflation, and slow or nonexistent economic growth.

This is what we’re doomed to experience if we don’t stop the insanity of the overspending.

What will happen with stagflation is there will be less opportunity, less jobs, less business startups, because the capital for doing so will dry up because of the overspending by government.

And there will be less advancement of new innovations, new discoveries, and new ways of improving life again because the capital will dry up.

Stagflation is what economies with big government interfering in the economy experience. And that’s where we’re headed.

Already we are seeing a major shift in investments as investors move towards gold and Bitcoin.

The stock market has been going up dramatically, and everyone expects a stock market crash at some point. And indeed, we will have one.

Bond prices are simply an indication of the economic crisis we have.

First, listen to my radio interview on the Fox radio network on retirement. Click HERE.

Also listen to my radio interview on retirement. Click HERE.

Should you invest in a business or private equity opportunity?

What does this mean to your retirement?

These are some great answers.

I encourage you to come to the FreedomFest Convention in July, where you’ll see some of the best investment advisors and investment newsletters in the world talking about the economy and investments.

Among those who will be coming will be:

These advisors can hold your hand and give you confidence of what to do in the coming months.

I hope you can make it and join me at the show.

If you are going to come, let me know.

If you are going to come, let me know. My two topics are:

The discount code you can use to sign-up is CDMG50.