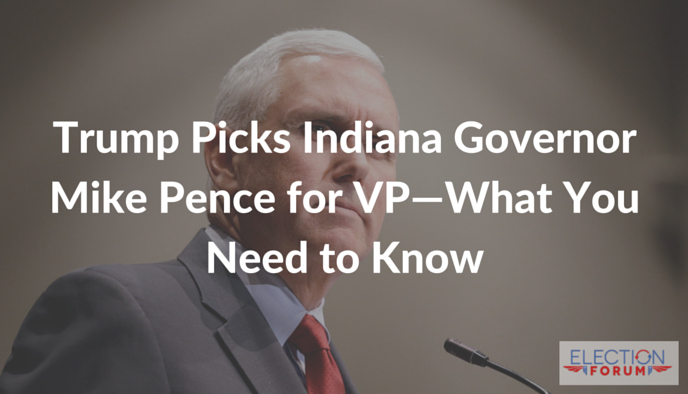 Pence has a lot of great qualities about him. Here are some interest facts about the Governor of Indiana:

What do you think of this final pick? Email me at craig@electionforum.org.