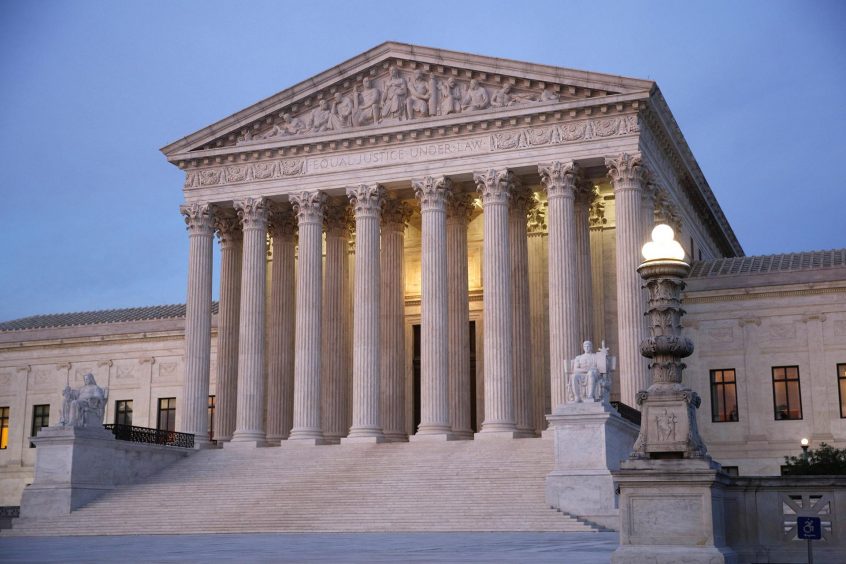 #1. In America, no one should be forced to violate their conscience by requiring them to express a message, embrace an idea or celebrate an event they disagree with.

The state court had branded florist Barronelle Stutzman a “discriminator” and ordered her to attend, facilitate and create custom floral art celebrating all marriages or none.

Stutzman had argued that her floral arrangements were effectively speech that is protected under the First Amendment.

Like all artists, Barronelle speaks through her custom creations.

Without comment, the court refused to hear the case.

The high court’s decision not to take the case leaves in place a Washington State Supreme Court ruling against the florist.

The majority left unresolved the central dispute: Whether anti-discrimination laws can require creative artists to serve same-sex weddings against their beliefs.

#3. By refusing to take the case, the U.S. Supreme Court is requiring the florist to live a contradiction.

The state court ruled that floral arrangements do not constitute expressive conduct or speech.

Thus, Christian businesspeople in Washington who want to use their creative talents to express their faith cannot so. They can only express their deeply held beliefs in their minds. Their actions must contradict their beliefs/

Stutzman, like Phillips, claimed protection as an artist under the First Amendment, which protects freedom of speech, religion and association. But the U.S. Supreme Court did nothing to protect the florist’s rights.

#5. The Supreme Court is divided on the issue of deciding which cases to take.

Click HERE to watch a video about the case.

What do you think? Let me know. Email me at craig@electionforum.org.

6 Comments on “Supreme Court Caves: Fails to Protect Religious Liberty and Freedom of Conscience – 5 Things You Should Know”