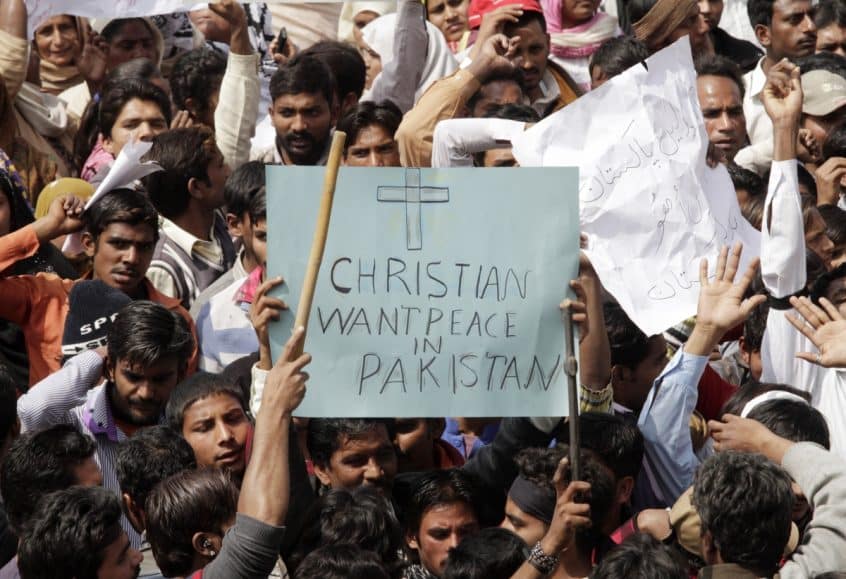 Across the Middle East and portions of Africa, Christians are being killed for violating “blasphemy” laws.

One example is a Pakistan Christian who was sentenced to death for “blasphemy”.

Ashfaq Masih, 34, a motorcycle repair mechanic, was accused of “blasphemy” in June 2017 by a Muslim customer.

He was accused of declaring Jesus Christ as the only true prophet – a violation of the Muslim “blasphemy” law.

He was arrested shortly afterwards and has remained in prison since then.

The accusation followed a dispute in which the customer, Muhammad Irfan, refused to pay for the repair of his motorbike on the grounds of his Muslim faith.

Ashfaq insisted on payment as agreed, after which Irfan accused him of “blasphemy”, alleging that he described Jesus Christ as the only true prophet.

Two other Muslim men then filed a false information report to the police under Pakistan Penal Code (PPC) section 295-C. This section relates to “defiling the name” of Muhammad, the prophet of Islam, which carries a mandatory death penalty.

“I am innocent,” Ashfaq protested in court. “The case against me is baseless, false and frivolous and framed against me just to destroy my business.”

The “blasphemy” laws in Pakistan are often used to make false accusations in order to settle personal grudges.

Christians are especially vulnerable, as simply stating their beliefs can be construed as “blasphemy” and the lower courts usually favor the testimony of Muslims, in accordance with sharia (Islamic law). Judges are often reluctant to acquit those accused of “blasphemy” for fear of reprisals.

“Blasphemy” laws have existed in the region since 1972 and were incorporated into Pakistan’s Penal Code at the country’s founding in 1947.

The laws were strengthened under the military government of General Zia-ul-Haq (in office 1978-1988) to include mandatory life imprisonment for desecration of the Quran (1982) and to allow the death sentence for defiling the name of Muhammad (1986).

A subsequent decision by Pakistan’s Supreme Court making the death sentence for “blasphemy” against Muhammad mandatory come into effect in 1991.

Please pray for these devoted Christians.

Incidentally, both the United States Department of State and the Biden Administration have been silent about these injustices.

2 Comments on “Pakistan Christian Sentenced to Death – Why? For Being a Christian”