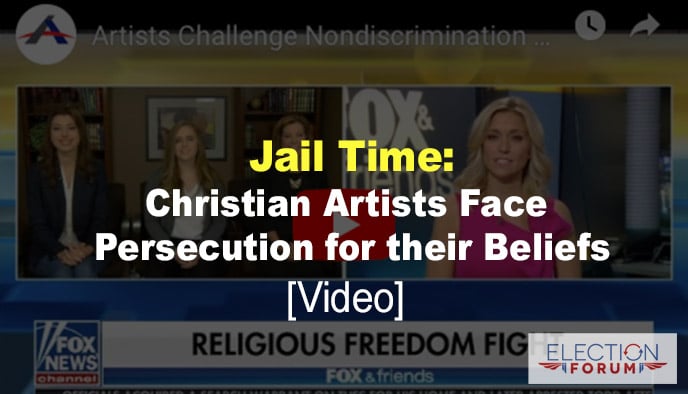 The nationwide assault against Christian business owners is ongoing and relentless.

The latest attack: 2 female Christian artists in Phoenix, Arizona could face jail time or a business-killing fine – or both.

Because they would decline to use their painting, calligraphy and hand-lettering talents to create custom artwork for same-sex wedding ceremonies … in violation of their religious convictions.

Joanna Duka and Breanna Koski – co-owners of Brush & Nib Studio – filed a preemptive lawsuit against the city of Phoenix, seeking to overturn a city anti-discrimination ordinance that threatens them with 6 months in prison and/or a $2,500 fine for each day they refuse to create requested artwork that expresses a message contradictory to their Christian beliefs.

They haven’t yet been asked to create such artwork…

But they wanted to fight the ordinance before being thrown in prison for violating it.

They lost their case in a court of appeals, so they appealed to the Arizona Supreme Court … which agreed last November 20th to hear the case this month.

The attorney representing the 2 women – the same attorney that represented Jack Phillips in Masterpiece Cakeshop v. Colorado Civil Rights Commission – says artists cannot be coerced by threat of civil or criminal penalty into creating messages that violate their core convictions – whether the messages pertain to marriage, religion, or any other subject.

To learn more about this case and how it came about, click here.