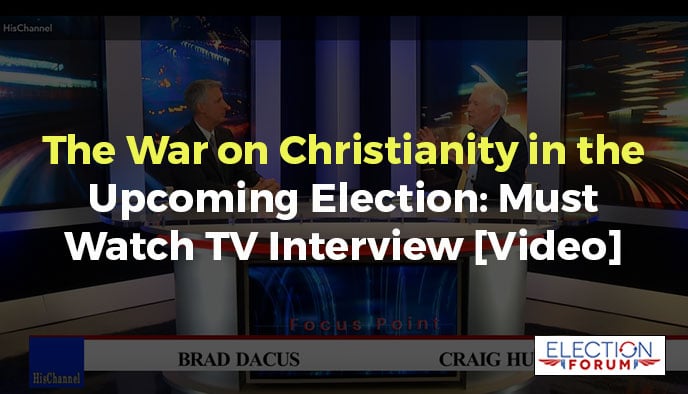 I was recently interviewed by Brad Dacus on his Focus Point TV show.

We talked about some of the many attacks on Christian liberty that are taking place at the local level – by city councils, county judges, state legislatures and other state agencies and commissions.

The main reason for the widespread anti-Christian sentiment at all levels of government is because the majority of evangelical Christians don’t vote … and many of those who do vote don’t know which judges to vote for, or how to vote for the candidates who support religious freedom.

Watch the interview here. At least watch the first 30 minutes even if you don’t have time to watch the entire hour-long interview.