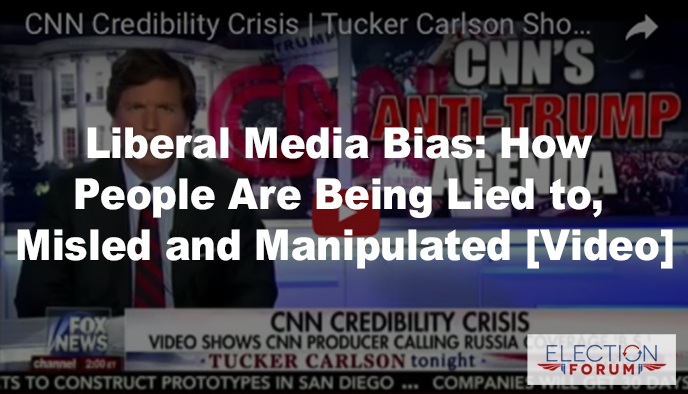 News of substance and news objectively reported take a backseat to fake news stories and conspiracy theories involving Trump and anything the Republicans try to pass.

For example, a study of the evening news on ABC, CBS and NBC found that nearly 90% of the broadcast networks’ coverage of President Trump has been negative.

The Press has assumed the role of the opposition party.

Its purpose is to:

And it’s not just national newscasts.

In the past, local TV coverage stood for objectivity.

Take the LA Market. In my study, 94% of the coverage has been anti-Trump.

Dave Bryan of KCBS/KCAL once tried to be objective. NO longer. The anti-Trump propaganda and the promotion of a liberal, collectivist point of view – with no balance, is non-stop.

One of the worst offenders is CNN.

A CNN producer was secretly videoed by Project Veritas, admitting the network’s Trump/Russia coverage is “B.S.”

The scientific complexities of arguing the Climate Accord was over in a day. It was back to Russia.

CNN saw 3 of its reporters resign after it retracted one of a constant flow of fake Russia stories.

A Media Research Center study of every broadcast network evening newscast in the five weeks since the appointment of special counsel Robert Mueller on May 17 found a whopping 353 minutes of airtime devoted to the Russia probe, or 55 percent of all coverage of the Trump presidency during those weeks.

It spent little time on anything else:

Don’t buy the hysteria whipped up by the mainstream media.

Those fake news monsters aren’t hiding under your bed … they’re right on your TV.

2 Comments on “Liberal Media Bias: How People Are Being Lied to, Misled and Manipulated [Video]”