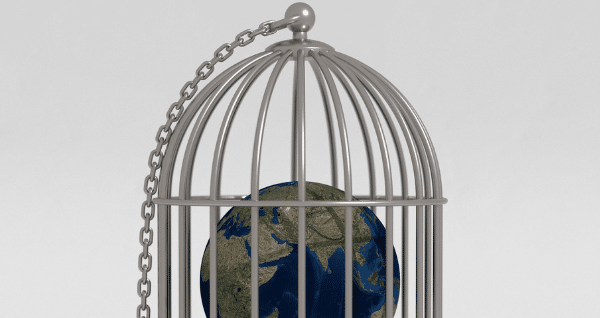 The Democrat pro-socialist governors are all instituting a new lockdown based upon false data and false premises.

Why are they doing this?

They are doing this because it’s perfect timing for President-elect Biden to take office and Congress to act to do two things:

There is no reason for the lockdown.

There was no reason you couldn’t have a Thanksgiving gathering unless you were over 75, or had a health problem. Those in that group should be careful…but also should have the choice to decide.

There is no reason to say you can’t have Christmas.

There is no reason that businesses cannot be open.

There is no reason to say schools cannot be open.

People should be free to live their lives, understanding how to personally be safe through their own free choices, mitigating risk … but be free to make their own choices.

This lockdown is a political ploy to expand control and increase the size and power of the government. This is a political theater that is creating a false narrative to drive billions of dollars to bail out the spend-thrift politicians so they don’t suffer the consequences of their own irresponsibility.

It’s a powerplay to be able to further crush the small businesses and churches, crush free speech, and crush opposition.

It’s time we stand up for truth and push back against the tyranny coming from these state governors.

There is no “health” or “science” that says eating at restaurants, working, going to school, having fun at Disneyland or having Christmas is dangerous.

99.95% of people survive if they get coronavirus…unless they are in nursing homes, have a major health issue and are over 75 or 80.

All should be free to live their lives in freedom and without government micromanaging their lives like communist China.

Let’s resist this tyranny of the elite, who are creating rules for you they don’t follow themselves and that don’t affect them.

5 Comments on “The Real Reason for the Lockdown: It’s Power and Money, Not Health or Science”