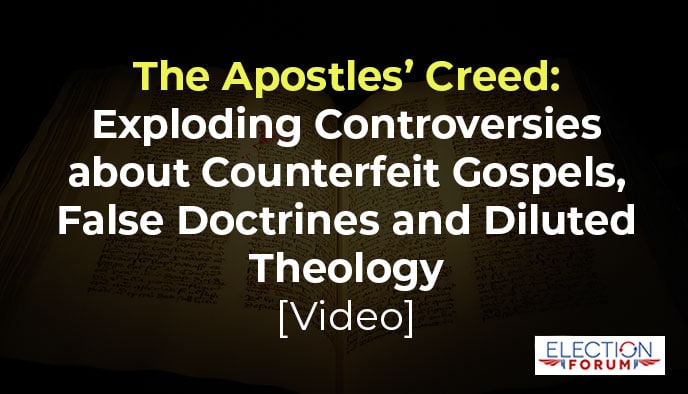 I love the Apostles’ Creed.

It’s a foundation statement of belief for Christians everywhere.

It stands in sharp contrast to false theology, false doctrines, and false religion.

The Apostles’ Creed carefully reflects what it means to be a Christian.

Many people claim to be Christians but don’t understand anything about Christianity.

Some people even teach the Bible but they’re not Christians…

Many false religions talk about Jesus or the Bible, but they are not Christianity.

Here is one of my favorite songs that basically recites the Creed: “This I believe (The Creed)” by Hillsong Worship (about 7 minutes).