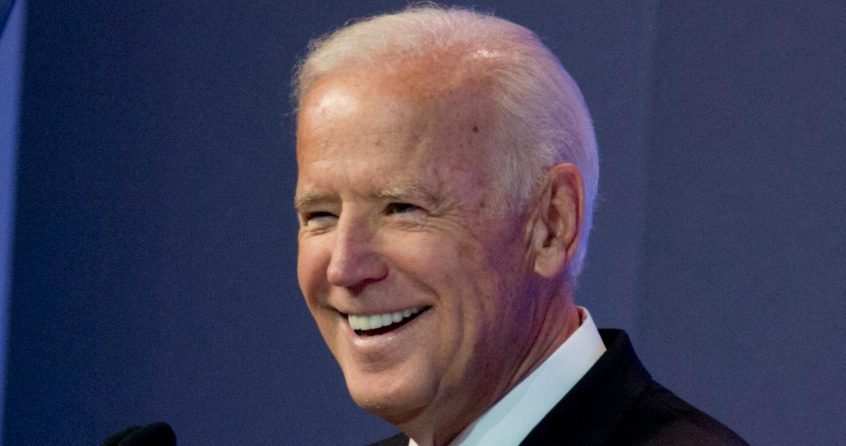 A month before last November’s presidential election, Fr. Ed Meeks characterized the nation as “…staring into the abyss – stemming from our culture’s wholesale rejection of God and His law – a rejection manifested most tangibly in five decades of legalized abortion.”

Now that Joe Biden has been elected as the next president, Fr. Meeks believes the nation has fallen into the abyss, not backed away from the precipice.

Here are 5 things every Christian should know about Joe Biden that indicate what to expect from a Biden administration.

This is clear from his long voting record, his public pronouncements and his support of Planned Parenthood and other pro-abortion organizations.

He supports abortion at any time for any reason – or for no reason – all the way up to and including the moment of birth.

In addition, he refused to support efforts in Congress to pass legislation requiring doctors to provide medical care for babies surviving their abortion, opting instead to allow those babies to die outside the womb without any medical care.

Further, he is in favor of repealing the Hyde Amendment, which prohibits taxpayer funds from being used to pay for abortions. Expect your taxes – at some point during the next 4 years – to be used to pay for the killing of babies both inside and outside the womb.

The death toll from abortion in the U.S. alone is 61 million babies – including 23 million black babies.

The right to life undergirds all other rights. That’s why it’s mentioned first in the Declaration of Independence.

Fr. Meeks said, “Abortion is, I believe, spiritually speaking, both the primary cause, and the primary symptom of a society in a downward death spiral.”

2. Joe Biden opposes the biblical teaching on the sanctity of marriage.

In 2012, while serving as vice president, Biden publicly endorsed same-sex marriage 3 years before the Supreme Court ruling legalizing it.

In 2016, he officiated at the wedding ceremony of two male White House staffers in his home. He posted a photo of the couple on Twitter and wrote how proud he was to have officiated.

3. A Biden presidency will be a danger to already-dwindling religious liberty.

Biden is in favor of repealing the Religious Freedom Restoration Act (RFRA) of 1993, which protects people of faith from being forced by their employers to perform acts which violate their religious beliefs or conscience.

For example, RFRA protects pro-life health care workers from being forced to participate in abortion procedures or else face punishment or even job loss.

It also protects church-based adoption agencies from charged with discrimination if they choose to place children only with married heterosexual couples.

Biden has also gone on record as favoring the restoration of the Obamacare mandate that required pro-life religious groups such as the Little Sisters of the Poor to provide health insurance coverage for abortifacients.

In addition, he has promised to impose a nationwide Coronavirus lockdown “if the science demands it.” This would close churches and prohibit group worship, fellowship and ministry activities.

4. A Biden presidency will open the door for America to very quickly become a socialist country.

Evidence of this can be found in:

Why would moving toward socialism be such a bad thing when over 70% of Millennials favor socialism over capitalism?

Because, as Fr. Meeks explains, “Socialism is a soul-robbing ideology that always and inevitably leads to totalitarianism, where the government presumes to put itself in the place of God in the lives of its subservient citizens.”

He further states, “For this reason, socialism has been clearly and vigorously condemned and denounced by an unbroken string of no less than eleven consecutive Popes, from Pius IX in 1849 to Benedict XVI in 2005.”

5. As a very high-profile Catholic who has served in the federal government for 47 years, Biden’s positions on the above moral issues subvert and undermine the faith of nominal Christians and Catholics.

In one of his presidential campaign ads, Biden was pictured with Pope Francis and a group of smiling nuns.

Also, vice president-elect Kamala Harris has publicly labeled the Knights of Columbus “an all-male extremist group” because it supports the sanctity of life, the sanctity of heterosexual marriage and the preservation of religious liberty.

Archbishop Fulton J. Sheen wrote nearly 60 years ago: “A nation always gets the kinds of politicians it deserves. If a time ever comes when the religious Jews, Protestants and Catholics ever have to suffer under a totalitarian state which would deny to them the right to worship God according to the light of their conscience, it will be because for years, they thought it made no difference what kind of people represented them, and because they abandoned the spiritual in the realm of the temporal.”

“No one running for public office is ultimately the solution for what ails America. Only God is.”

This is not a resignation of despair, it’s a statement of hope.

The late Fr. Richard John Newhouse wrote, “Christians have not the right to despair… And we have not reason to despair, quite simply, for Christ is risen.”

One Comment on “Falling into the Abyss: 5 Things Every Christian Needs to Know about “Catholic” Joe Biden [Video]”