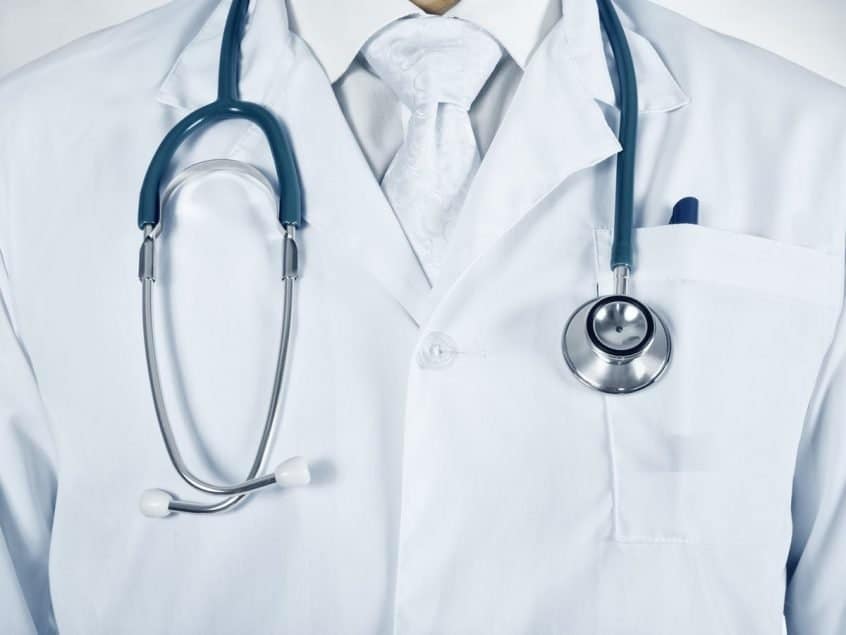 Across America, there is a dark cloud of fear that lingers over the medical establishment.

Doctors and scientists have been afraid to speak out for truth or express an alternate point of view – more so than at any time in American history.

The national repression of the free expression of opposing ideas is something that has circumvented the First Amendment rights of doctors and scientists – and it’s because of Big Government, Big Money, and Big Tech.

Here are five reasons why doctors and scientists have been silenced about disagreeing with the CDC, Dr. Fauci, the American Medical Association, Big Pharma, and the medical establishment on their failed COVID-19 dogma, their fear tactics and their vaccination mandates:

#1. Doctors are afraid of losing their medical licenses if they speak out.

It’s sad, but doctors across America have been silenced.

Doctors in America have been fearful to give the best advice or speak freely with their patients.

All the years they’ve worked to build up their practices, to be able to help people and to be able to earn a living will have been for naught.

Across America – mainly in blue states – doctors have lost their licenses, and every doctor knows if they speak up or get “caught,” they lose their license.

For example, Dr. Meryl Nass has practiced medicine in Maine for 25 years. She has just been told that her license is suspended, and she has been ordered to submit to a psychological evaluation because she has been treating her patients with Hydroxychloroquine and Ivermectin.

The state of Maine Board of License Medicine said that the reason they are doing this is because her practice is “in immediate jeopardy to the health and physical safety of the public.”

This of course is a lie.

It is approved in many countries throughout the world, but it has been censored here in the U.S. – to help Big Pharma, and for political reasons.

Not all states allow this to take place.

In free states, the medical boards are not allowed to do this.

What is needed is for more and more states to be able to take a stand against the medical establishment.

For example, the Attorney General of Nebraska, Doug Peterson, has ruled that actions like what has happened to Dr. Nass would not be tolerated in Nebraska.

He announced in October that he “won’t seek disciplinary action against doctors that prescribe controversial off-label drugs to treat and prevent coronavirus infections as long as they get informed consent from patients and do not engage in misconduct.”

The medical board also cited Dr. Nass’ tweets, which included a link to an interview with Dr. Peter McCullough, a cardiologist who has a popular natural health newsletter and has specialized in studying issues related to COVID. Dr. McCullough is well-respected, and I have read his material for over twenty years.

I can tell you that the attack upon him is wrong and unfair – and brutal.

#2. Doctors are afraid of losing their jobs.

Doctors in medical clinics and hospitals could lose their jobs if they speak out.

But the hospitals, medical groups, and universities have been unified in not wanting to upset either Big Pharma or the federal government.

#3. Doctors and hospitals are afraid of losing grants.

The National Institute of Health (NIH) and other branches of the government distribute to doctors and scientists millions and billions of dollars every year for research.

These grants are dependent upon being compliant with government policies. To object to what is happening within the federal government and the scientific community and medical establishment would be to lose your grant, or not to get a grant.

Scientists and researchers would be fired if they spoke up against the consensus.

And those in universities are silenced out of fear and intimidation also – they don’t want to lose their jobs.

Those doctors or scientists within an organization will find that they will not be considered for advancement if they do not go along with the orthodox point of view.

#5. The social pressure to be silent.

The government and the health authorities use the media, Big Tech and an army of professional propagandists that attack or censor anyone with a differing point of view.

Big Tech will censor what they have to say.

This is at the local, state and national levels.

For example, Dr. Francis Collins of the NIH, and Dr. Fauci, did all they cared to do to mobilize attacks against anyone suggesting the COVID-19 virus originated from the Wuhan lab…but now the truth is coming out.

The medical establishment has been transformed into a compliant, monolithic-thinking organization that is friendly towards Big Pharma, stamps out any opposition, is politicized, and will destroy anyone who objects.

Why are doctors afraid?

It is a rare person who will speak the truth in the face of such hostility and opposition.

6 Comments on “The Dark Oppressive Cloud of Fear: 5 Reasons Why Doctors and Scientists Are Forced to be Compliant or Silent”