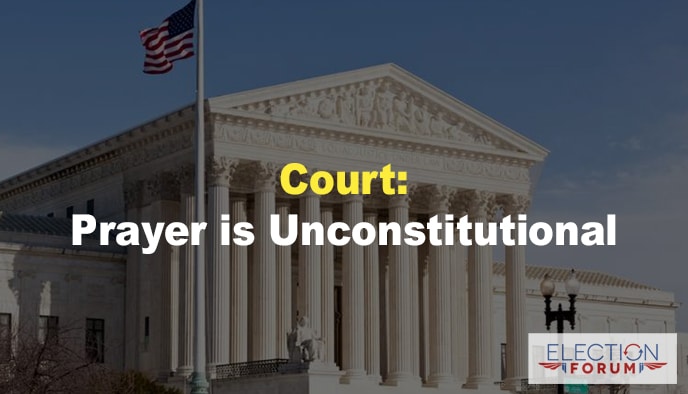 Judicial activists are relentless in their efforts to try to destroy religious freedom. They want to destroy our rights to practice our faith in our schools, businesses and homes.

Now, Deep State-fueled judicial activists are even trying to keep us from praying.

The latest case comes from the infamously liberal Ninth Circuit Federal Court of Appeals in California, which ruled that prayer before the start of school board meetings in the Chino Valley Unified School District is unconstitutional.

The ruling stops board members “from conducting, permitting or otherwise endorsing school sponsored prayer in Board meetings.”

“This requires the Board to censor or otherwise remove individuals who attempt to say a prayer, or anything that might resemble a prayer, during the public comment period.”

This horrific violation of First Amendment rights is a result of a 2014 case in which the Chino Valley Unified School District was sued by the Freedom From Religion Foundation for praying before board meetings.

However, ceremonial prayer in city council meetings has also been upheld by the Supreme Court, in the 2014 case of Town of Greece v Galloway.

In this case, Justice Anthony Kennedy said, “Ceremonial prayer is but a recognition that, since this Nation was founded and until the present day, many Americans deem that their own existence must be understood by precepts far beyond the authority of the government.”

Prayer is a fundamental right that is protected by the First Amendment – and must be upheld.

7 Comments on “Court: Prayer is Unconstitutional”