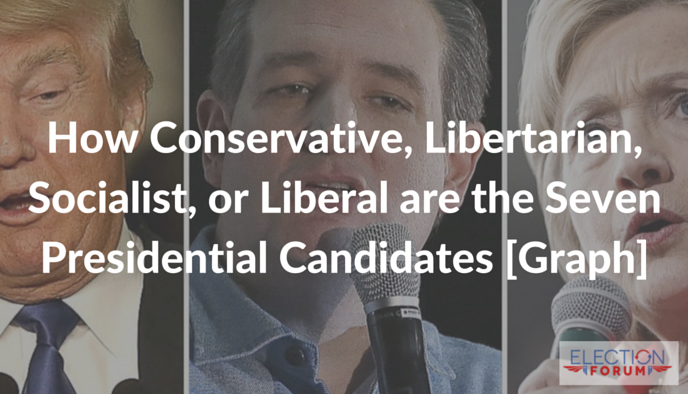 Here are the Presidential candidates at a glance on the left/right political spectrum.

A Christian worldview based on Biblical values would be to maximize freedom and voluntary charity.

On the far left is Communism and Socialism. On the far right is Libertarianism and Anarchism (no government).

In carefully reviewing each candidates’ economic and social policies, this graph shows where they fall.

Here is where the Presidential candidates stand: 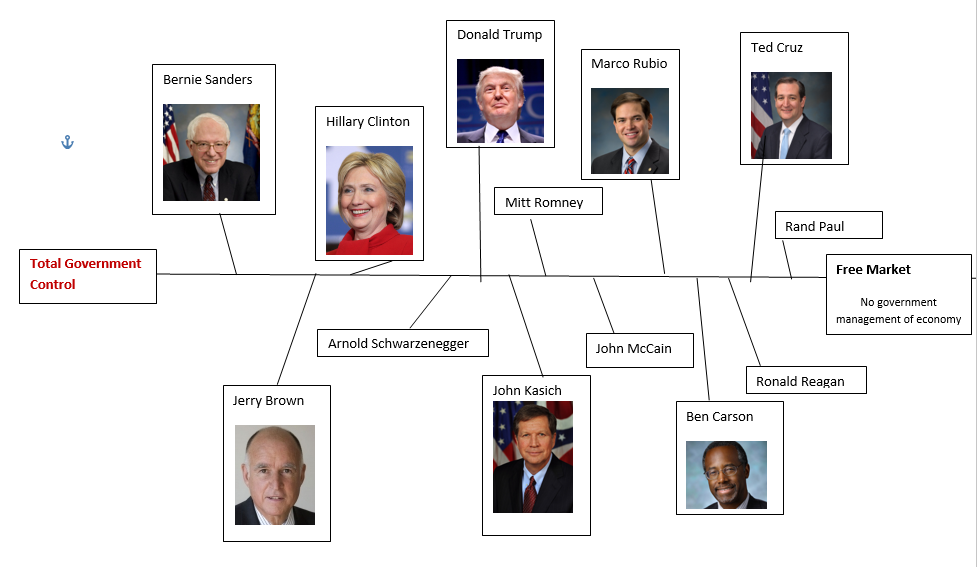 What do you think? Where does your Presidential pick fall? Email me atcraig@electionforum.org

8 Comments on “Presidential Election 2016 Comparison Graph: Know Where the Candidates Stand on the Political Spectrum”