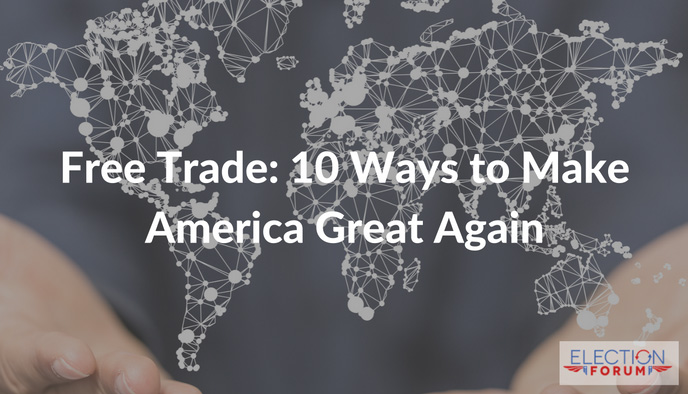 History is clear: with free trade, the United States wins, and so do foreign countries.

It’s the greatest driver of economic prosperity, to raise the poor to the middle class, the middle class to the upper class, and to spark dramatic technological changes.

Free trade does not mean “no cost”, but rather “freedom to trade”.

History is also clear about tariff and protectionism: the United State would lose, and so would other countries.

After the Great Depression, one of the unintended consequences of restricting trade wars and disallowing free Forex workshops was for tariffs, which dramatically increased the price, reducing everyone’s income levels.

The Great Depression went from bad to worse (lasting fifteen years) because of the Smoot-Hawley tariffs, which in turn sparked an international trade war.

Does free trade work for you? Is there anything we missed that would Make America Great Again? Email me at craig@electionforum.org.