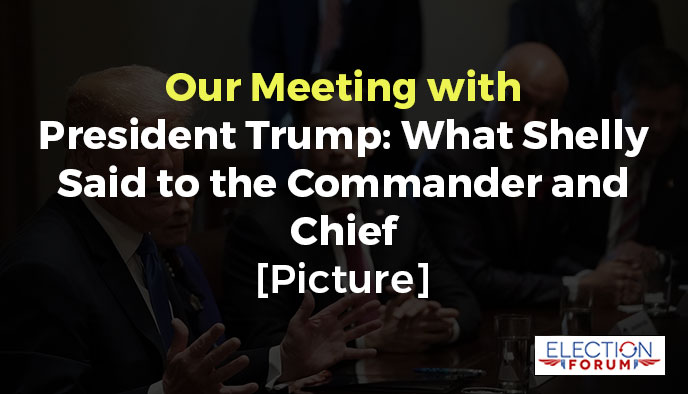 Last week, Shelly and I had a brief meeting with President Trump. 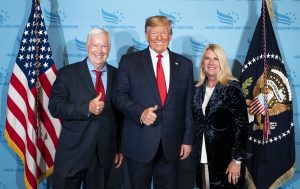 If you had a chance to meet with the president personally … what would you say?

At the end of our time with President Trump, Shelly turned to him and said she had a special message for him from God’s word.

He looked at her intently and asked what it was.

What verse or message from God would you share? My wife shared 1 Kings 19:11-12 in the New International Version (NIV). God is speaking to Elijah in these verses:

At the end of the passage, Shelly boldly waved for the president to come closer to her. She then whispered in his ear, “…after the fire came a gentle whisper.”

To hear someone whisper, you have to be close to them. That’s where Jesus wants us to be: close enough to Him to hear Him whisper in our ears.

Pray for our president. Pray he listens – not just to the counsel of men, but to the voice of our living God.

3 Comments on “Our Meeting with President Trump: What Shelly Said to the Commander In Chief [Picture]”