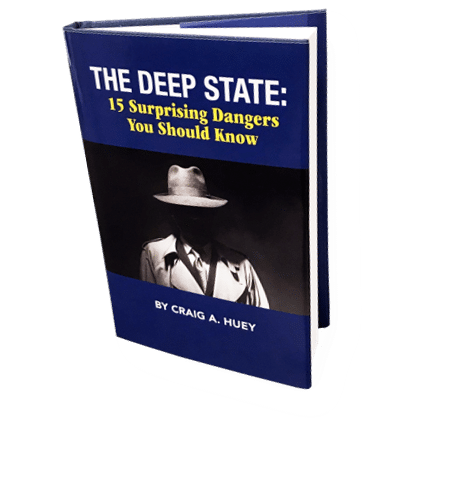 They were the resistance.

They undermined the authority of President Trump and the bureaucracy they were involved in.

They were the group that would leak secret information to the press.

They would disobey orders and sabotage regulatory shifts they didn’t like.

2. Bureaucrats that want to expand their power, influence and money.

This is what the bureaucracy throughout time has been in America and elsewhere.

But under President Obama, he added a third component.

3. To use the power of government through the bureaucracy to transform culture and politics.

The bureaucracy that was hired in the eight years under President Obama were ideologically driven people in their 20s who had one goal – and that is to make a difference by using their position to change regulations, laws, anything that got in the way of creating a more socialist government.

Now the bureaucracy under President Biden has changed.

They are not hiding.

They are not acting in secret.

They are not resisting.

Instead, they are openly and proudly using the power of the state to do the following:

It’s warfare against freedom, free enterprise, the family and more.

We will continue to expose the Deep State.

We will continue to fight against its abuses.

But the reality is they are now in power. They will be more aggressive than ever before.

Under President Obama they were caught allowing the IRS to abuse its power and to be used as a weapon against conservative, libertarian, and Christian organizations. They were caught using the FBI and intelligence agencies to manipulate an election.

We can expect all levels of the bureaucracy to be on steroids against any opposition to its agenda.

Already the Department of Homeland Security has issued a warning about “right wing” terrorists. Already there are moves to impose restrictions on freedom of speech on radio and TV – banning Christian, conservative and libertarian content. The battle has begun.

They used their power to advance the socialist agenda with job killing regulations.

We can expect all levels of the bureaucracy to be at war with small businesses and entrepreneurs – and free enterprise.

Incidentally, if you haven’t read my book The Deep State: 15 Surprising Dangers You Should Know, now is the time to get an understanding of who these people are and how they operate.

The last two chapters talk about why socialism is their hidden objective, and why it’s such a failure.