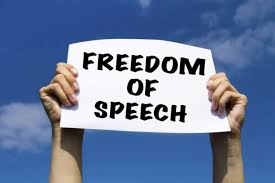 It’s been going on for a long time … and it’s been accomplished in a variety of ways.

Google – by manipulating their secret and proprietary search engine algorithm – routinely buries conservative web sites and content far down on the list of search results for any social, political or scientific topic for which opposing views exist.

And YouTube and Facebook began to take down videos containing conservative viewpoints – even regarding factual historical events!

But prior to the November 2020 presidential election and since, Big Tech censorship has gone way over the top – rising to an unprecedented level of discrimination against freedom of speech.

Email evidence from Hunter Biden’s laptop computer clearly shows that Joe Biden lied when he claimed he didn’t know anything about his son’s business involvements in China and with Burisma Holdings in Ukraine.

But this story – including Joe Biden’s involvement – was censored by Google and the U.S. mainstream media because it reflected badly on Joe Biden – the Democrat candidate for President of the United States.

And with Google owning over 88% of the search engine market in October – the month before the election – this important information about the Democrat nominee for president never saw the light of day among most U.S. voters.[i]

Oh, but it gets worse … much worse.

Since the horrific riots that took place at the U.S. Capitol on January 6th, Big Tech has used its monopolistic social media power to punish President Trump and his supporters:

The online censorship of a sitting U.S. President is causing an international outcry among world leaders from Germany, France, Mexico, the United Kingdom, the European Union and other countries.

How ironic it is that countries which do not value freedom as much as America are taking a moral stand for freedom!

Bruno Le Maire, the finance minister of France, called the banning of President Trump “one of the threats” to democracy.[ii]

Even a legislative counsel member of the ACLU has criticized Facebook and Twitter for banning President Trump, warning of their possession of “unchecked power.”[iv]

To learn about how the media supports Big Tech in censoring free speech, get my book, The Deep State: 15 Surprising Dangers You Should Know. Click here to order online.

In a follow-up article, we will discuss the dilemma of how to end the monopolistic power of the Big Tech corporations. In the past the discussion has been limited to one of two choices. But there’s a third option to consider – an option that so far, no one is talking about.