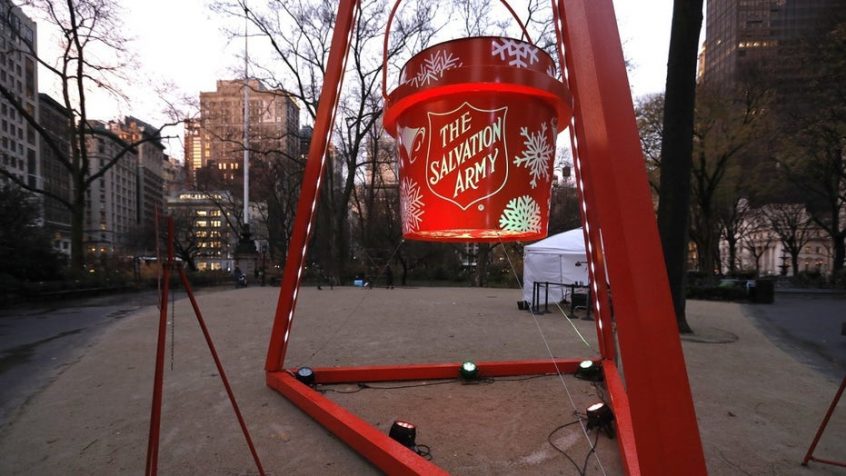 I recently walked by a Salvation Army bell ringer.

For the first time, I could not donate.

It breaks my heart, but the Salvation Army has been infiltrated by advocates for Critical Race Theory (CRT)… and they are heading in a political, not a biblical, direction.

1. The Salvation Army and its political propaganda.

Among its political advocacy is Critical Race Theory (CRT) – a Marxist and racist ideology.

It asks white people to “lament, repent and apologize for biases or racist ideologies held and actions committed.” It promotes false, anti-biblical ideologies.

Its guide for the Salvation Army says that “colorblindness is often dangerous because while we may not claim to see color, we don’t address the race-based stereotypes of beauty, fame and intelligence which often support a supremacist ideology.”

It polarizes and divides people into racial groups. It doesn’t teach that all people are individuals created in the image of God.

Further, the Salvation Army continues to compromise Biblical principles on marriage and homosexuality. Indeed the drift and gap between truth and Biblical error has grown large and wide as its marketing department compromises its entire operation.

2. With the falsehood exposed, the Salvation Army tries to cover up and apologize – but not condemn what happened.

The Salvation Army’s rejection of biblical truth was exposed by a group called “Color Us United.”

The Salvation Army would not condemn the report or the political commission.

They withdrew the guide from public viewing and said it was undergoing “appropriate review.”

And that the guides were for internal use.

They made a true statement: “The truth is the Salvation Army believes that racism is fundamentally incompatible with Christianity, and we are called to work toward a world where all people are loved, accepted, and valued.”

That’s biblical. Their Commission is subverting their stand.

3. Why I have admired and supported the Salvation Army in the past.

The Salvation Army has held true to biblical standards.

A mixture of evangelism, biblical truth and helping the poor and broken are all missions that Christians need to support – and the Salvation Army has done an outstanding job.

The people that work for it are sold out for Jesus and are doing such great work.

But now the leadership is betraying all of that – and I feel bad for those in the Salvation Army who are being harmed by the leadership’s role.

The leadership needs a major change before I can support them again.

25 Comments on “Salvation Army: It Breaks My Heart, but Here are 3 Things You Should Know – Why I No Longer Support or Donate”