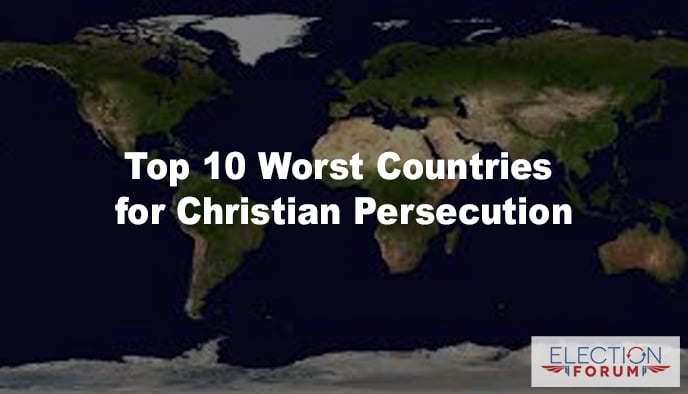 The U.K. All Party Parliamentary Group has released a report listing the 10 countries in the world that offer the least amount of religious freedom.

The countries all violate Article 18 of the Universal Declaration of Human Rights, which is the section of the declaration protecting religious liberty.

The 10 countries in the report are:

It’s surprising to see the United Kingdom listed as the third worst country in the world for religious freedom. But remember, the country has been incredibly hostile to Biblical Values including even free speech.

The report stated that nearly 80% of the world’s population lives in countries with “high” or “very high” levels of restrictions on religious freedom.

Here are a few of the “lowlights” of the report:

The report did not mention Nigeria, North Korea or Syria, even though known persecution of Christians is occurring.

One Comment on “Top 10 Worst Countries for Christian Persecution”