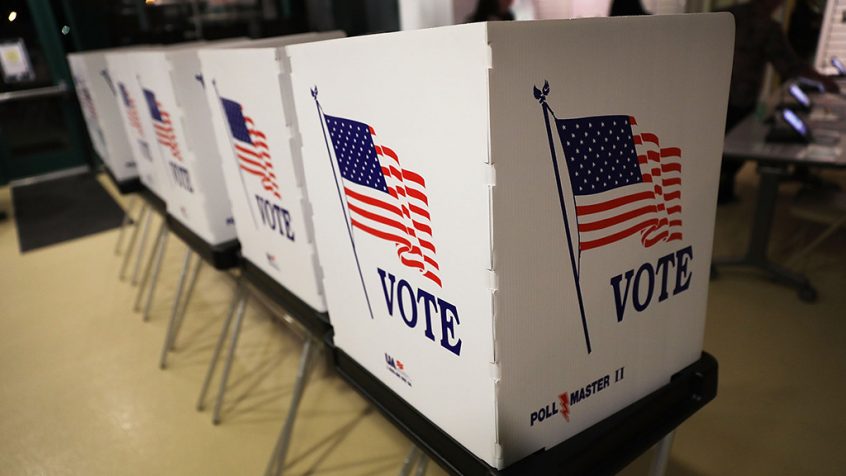 Across America, there is an immense push among Democrats to have early voting, including Sundays.

In fact, the Sunday before the election is probably one of the most prized voting times for the Democrats.

A program started a few elections ago called “Souls to the Polls.”

“Souls to the Polls” is a concentrated effort at black churches to get everyone to go the poll…with cars, buses, every vehicle they can….driving as many of the church attendees as possible to the poll to vote.

The Souls to the Polls event increases voter turnout by hundreds of thousands of voters who would not have voted without it. This can change election results, especially in tight races.

In the recent Georgia Senatorial election that flipped the entire U.S. Senate to Democrat, this was one of the three tools that helped Democrats take over

In those targeted churches, they are also given a voter guide on who to vote for.

If same day voter registration is available, it’s time to immediately register someone there at the church.

Some states, such as California, have ballot harvesting as part of their program.

Ballot harvesting is where trained, organized, paid workers and volunteers collect voters’ ballots and take them to the polls. Sometimes one person can collect 100 or 200 ballots per day.

Why? To harvest more ballots.

Evangelical churches have started doing ballot harvesting, but they are not organized, and most pastors do not mobilize like they do in the black churches.

That’s mainly because the black churches are part of the organized Democrat campaign coordinating the efforts.

One of the problems with Sunday polls is that taxpayers’ money must be spent to staff the polling places on weekends.

That’s where the Democrats – through Facebook, non-profit organizations and taxpayers’ money in heavily Democratic counties – have financed and opened the polls on Sundays specifically to attract Souls to the Polls voters.

The stats show this works very well in getting enough additional voters out to vote for Democrats to swing tight elections.

Some states have removed the Sunday option, such as North Carolina.

The battle is on now in every state to decide either for or against Sunday voting. The Democrat party is spending millions in legal fees to file lawsuits for Sunday voting.

What does your state do?

3 Comments on “Souls to the Polls: Why the Democrats Love Early Voting on Sunday”