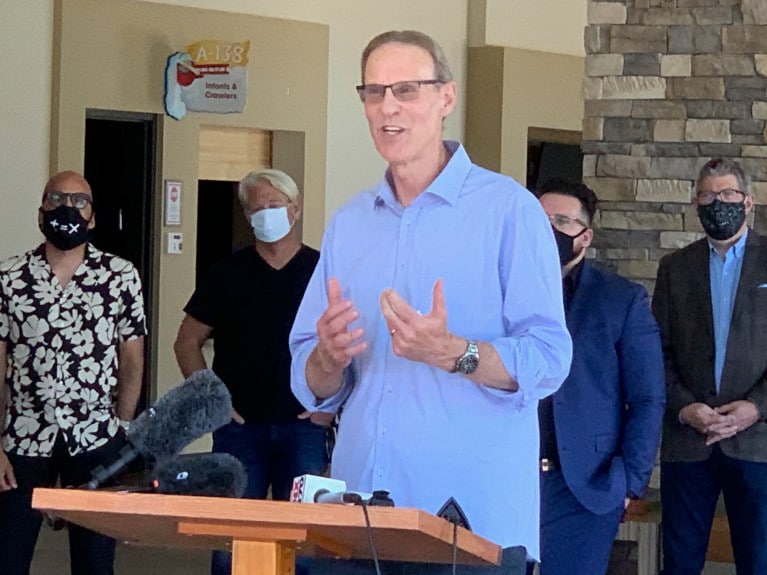 Across America, pastors are disobeying the law and opening up their churches.

And across America, Christians are disobeying laws to have home Bible studies to minister to the broken and hurting. And yes, to attend church.

Some have said to me that disobeying government orders to shut down Sunday church services and other gatherings of believers is a violation of Romans 13.

They’re very concerned that these specific pastors and churches are violating a scriptural principal.

I’d like to take a brief look at this controversial issue.

Anyone who studies Romans knows how controversial it is. Books have been written about it. Many studies have been made on it.

When I was a singles pastor, I took three years to go through the book of Romans…word by word, verse by verse, chapter by chapter.

I had more people attending Romans chapter 13 than other portions of the book of Romans. (Incidentally, the most popular, packed-out exposition was on predestination.)

The issue of Romans 13 and obeying authority has been something that throughout church history Christians have struggled with.

Let me put this into perspective.

When we take a look at the Bible, we see throughout scripture those who disobey unfair and unjust government commands.

We see it with Gideon, Ehud, Jepthah, Samson, and Deborah – all were charged explicitly by God to resist the rulers who were practicing injustice against the people and interfering with God’s people.

We see it in church history with Martin Luther and John Calvin.

We see it in those who fled oppression throughout the world and came to America.

We saw it in abolitionists such as Harriet Tubman who defied the Fugitive Slave Act of 1850 by helping slaves escape from the south and flee to northern states.

We saw it in Corrie ten Boom who hid and protected Jews from NAZI government forces in Germany – and lied to NAZI officers when they came looking for Jews.

We saw it with Martin Luther King, Jr. standing up against the oppression of people simply based upon their skin color.

“Is life so dear or peace and safety so sweet as to be purchased at the price of slavery?”

Were all these examples violations of scripture? No.

Those who say Christians are in violation of scripture if they are opposed to today’s tyrannical government officials telling us not to worship are not considering the entirety of God’s word. They are reacting in fear of man.

“The fear of man brings a snare, but he who trusts in the Lord will be exalted.” (Proverbs 29:25)

When we look at Romans 13, we need to understand that the principle of being in subjection to governing authorities has to be balanced with the rest of scripture. When we see God opposing injustice and resisting oppression and abuses of government authority, is this a contradiction of Romans 13? No, it isn’t.

We cannot give up human rights and our Constitutional rights for human safety or for pure obedience to government.

When the Bible says we should submit to every ordinance of man and be subject to the governing authorities, we cannot pull this passage out of context and ignore the whole counsel of God.

We cannot choose to obey Romans 13 while at the same time disobeying Hebrews 10:

“Let us hold fast the confession of our hope without wavering, for He who promised is faithful; and let us consider how to stimulate one another to love and good deeds, not forsaking our own assembling together as is the habit of some, but encouraging one another, and all the more as you see the day drawing near. (Hebrews 10:23-25)

What do you think? Email me at Craig@elctionforum.org.