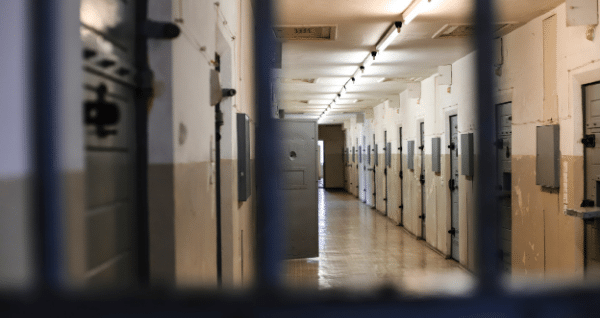 In most states, churches are open just like before the pandemic.

But in some states, the unnecessary restrictions are still on … because of politics, biased media and a hatred for Christians.

Those pastors in the unconstitutional lockdown states are being threatened with jail … not just fines, but jail.

When Shelly and I went to Calvary Chapel Chino Hills in California, the California government said we and the pastor could be arrested (Click here for story).

The same happened when Shelley and I went to Calvary Chapel Bangor Maine [See the video] and when we went to the reopening of Calvary Chapel Godspeak in California [Click here to read that article].

All these pastors stood firm for the gospel, despite the threat of arrest.

All wanted to do what was right, despite the threat of jail.

All knew of the pastors who already had been arrested, including Pastor Rodney Howard-Browne, and Pastor Tony Spell.

Governor Newsom is threatening California Pastor John MacArthur and all pastors in California with jail and fines if they disobey the state government’s unconstitutional mandates.

Many pastors have a fear of man … and are allowing their churches to fall apart.

Some have stood up for what was right for their fellowship and the Constitution, and have opened indoor services again.

Here is what Pastor John MacArthur said about the potential of going to jail:

“Of course, my biblical hero apart from the Lord Jesus Christ is the apostle Paul, and when he went into a town, he didn’t ask what the hotel was like, he asked what the jail was like because he knew that’s where he was gonna spend his time. So I don’t mind being a little apostolic if they want to tuck me in a jail. I’m open for a jail ministry. I’ve done a lot of other ministries and haven’t had the opportunity to do that one, so bring it on.”

What do you think about pastors being arrested … or threatened with arrest? Watch the full video interview here.