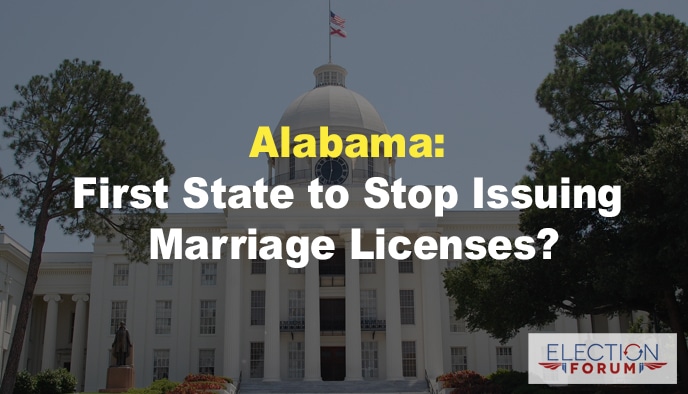 Alabama is one step closer to eliminating marriage licenses…

To protect Christians, pastors and churches from lawsuits and legal attacks.

After the U.S. Supreme Court legalized same-sex marriage in 2015, some Alabama probate judges refused to issue any marriage licenses at all – so they wouldn’t violate either their religious beliefs or the law.

The Alabama Supreme Court approved of this tactic.

Now – as a permanent remedy – the Alabama State Senate has approved a bill that would eliminate all marriage licenses and the state requirement for a marriage ceremony.

The bill must now be approved by the Alabama House and signed by the governor.

The purpose of the bill is to separate the church and the state with respect to marriage.

Greg Albritton, the sponsor of the bill, explains: “The state has an obligation to deal with marriage when it deals with the matter of contract law. The church and the individuals have the obligation of marriage when it comes to the sanctity and solemnity and the permanence of marriage. Those things are separate here.”

If signed into law, the bill will eliminate marriage licenses and instead require couples to submit an affidavit stating:

It’s expected that wedding ceremonies, while no longer required, will still take place under the new law … in accordance with the couples’ religious convictions.

I’ve said for many years that the government should never have issued marriage licenses … Marriage is a sacred church ceremony.