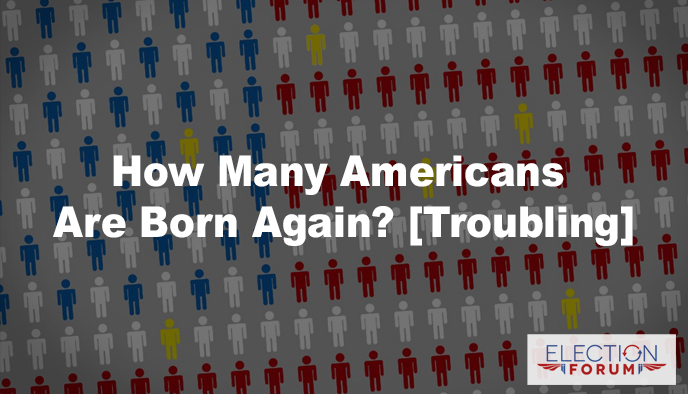 Born again adults are those who believe they will experience an afterlife in the presence of God only because they have confessed their sins against Him and accepted Jesus Christ as the redeemer who saves them from eternal punishment.

According to George Barna’s extensive research, talks about 30% of the U.S. population are “born again” Christians.

And, 30% represents a significant drop from nearly half of the adult population meeting the same criteria just two decades ago.

Here are the findings on those who fit the born-again criteria. You’ll find much of this troubling:

In the recent presidential election, 84% of SAGE Cons (Spiritually Active, Governance Engaged Conservatives) were registered Republicans and 93% of all SAGE Cons voted for Donald Trump. In contrast, just 44% of born again adults are registered Republicans. In the November election, 60% of the nation’s born again Christians sided with Donald Trump.

Researcher George Barna, who conducted the extensive summary, said: “Granted, we are all sinners and fall way short of the perfection of God, but maybe we are so seduced by the secular culture in which we live that we have lost touch with biblical truth. The theological and behavioral profile of born again Christians painted by the survey is very disturbing and has some severe, long-term negative consequences for American culture.”

What do you think? I’d love to hear from you. Comment below.

6 Comments on “How Many Americans Are Born Again? [Troubling]”