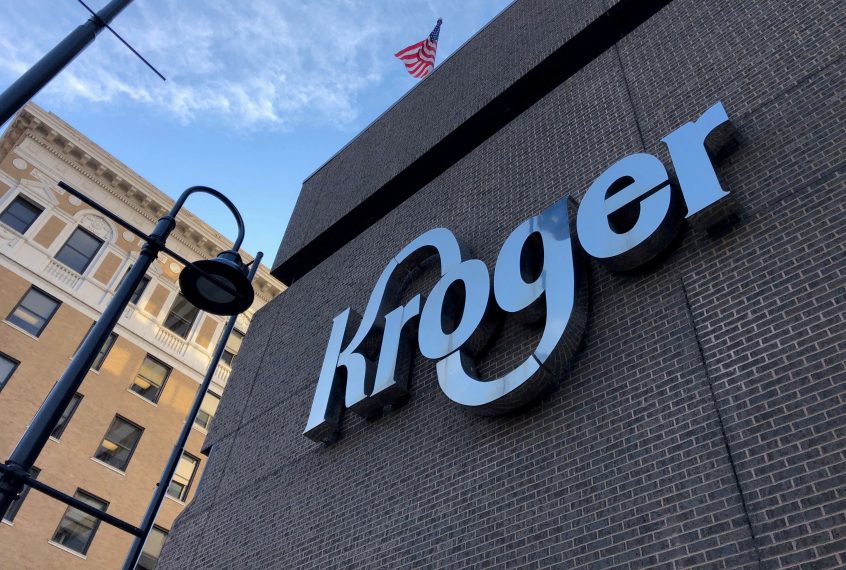 Kroger Supermarket is at war with Christian employees.

And Kroger just lost a lawsuit filed by several employees that say Kroger fired them for their religious beliefs — They declined to wear aprons with gay pride messaging on them and were fired.

When Kroger’s CEO sat before a Senate Committee and was asked about it his reaction was classic… You must see his reaction [click on the video link below].

Kroger supermarket has imposed political/social positions on its employees that violate a Biblical worldview… Creating a war on Christian employees, where they must violate their conscience and 1st Amendment right. Here is what happened…

So, when Kroger supermarket’s merger with Albertson’s Grocery Store was blocked, Kroger’s CEO went before the U.S. Senate, and the drama exploded.

Kroger, one of the largest supermarket chains in the country, is looking to merge with Albertson’s Grocery Store, another large chain– But there’s a snag in their $25 billion merger.

Democrats in Congress are not pleased with the merger, and many Democrat politicians, bureaucrats, and pro-socialist organizations are against it.

During a congressional hearing regarding the merger, Democrat Senator Amy Klobuchar, chair of the Senate Judiciary Committee’s antitrust subcommittee, told Kroger CEO Rodney McMullen that she’s “worried the deal would mean a loss of competition in groceries and potentially higher costs.” Other Democrat Senators also voiced their concerns to the befuddled McMullen.

McMullen has been criticized by several progressive pro-socialist groups and organizations, who claim that the merger would “exacerbate income inequality through job losses” and “erode wages.” They are urging Democrats in Congress to block the deal.

McMullen has supported a war on Christian employees, supporting gay pride and transgender rights and forcing employees to wear aprons with the gay pride symbol.

When 2 employees refused to wear the apron for religious reasons, they were fired.

The company’s policies violated their Christian conscious… the employees sued, and the company lost the case in court.

During the hearing, Republican Senator Tom Cotton quickly pointed out to McMullen that Republicans normally support capitalism and businesses that want to grow.

However, considering that Kroger decided to join the radical socialist and support their policies and discriminate against Conservatives, Republicans, and Christians, “… they probably shouldn’t ask Republican senators to come and carry the water for them whenever our Democratic friends want to regulate them or block their mergers.”

After the heated exchange, the big drama moment hit. Cotton wished the Kroger CEO luck and walked out of the hearing. That’s right — He walked out. It was the ultimate “mike drop” moment.

What do you think of Sen. Cotton’s handling of Kroger?

Tell me what you think about his special warning. Email me at craig@electionforum.org

One Comment on “War on Christian Employees Drama: Kroger Market CEO Gets Called Out for Hypocrisy and Anti-Christian Company Policies [Explosive Video]”