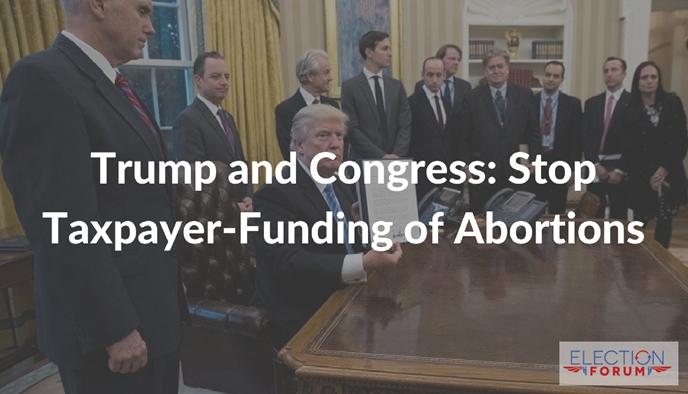 An average of 323,999 abortions  a year—900 a day!–are performed by the death mill Planned Parenthood, and taxpayers are paying for it!

It’s immoral to take taxpayer dollars to pay for abortion.

But there is great news.

Any corporations or organizations which perform abortions overseas will no longer receive American taxpayer funds.

The International Planned Parenthood Federation acknowledges that they will lose $100 for its programs. Marie Stopes International will lose $30 million, but these institutions have no intention of halting their “reproductive services.”

Not only that, but taxpayers are forced to give $533 million to U.S. Planned Parenthood every year

But all of that many come to end by late February or early March, when Congress will pass legislation to end mandated funding to Planned Parenthood. Let’s hope and pray that President Trump signs this legislation to defend taxpayer dollars in the United States.

And if that wasn’t enough …

Congress also just introduced HR 7, a permanent extension of the Hyde Amendment, which bans taxpayer funding for abortions in the United States. Until now, the ban had to be renewed every year in every budget session. 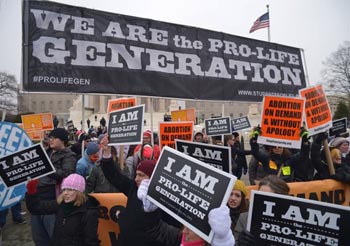 HR 7 will also ensure that Obamacare funding is not used to fund abortions, either.

Incidentally, Trump’s special counselor manager Kellyanne Conway and other top Trump staff members will be speaking at the 44th March For Life on Friday, with the theme “The Power of One.”

One life makes all the difference in our world, and we cannot allow one life to be taken away through abortion:

“Before I formed you in the womb I knew you, before you were born I set you apart; I appointed you as a prophet to the nations.” (Jeremiah 1:5)

7 Comments on “Trump and Congress: Stop Taxpayer-Funding of Abortions”