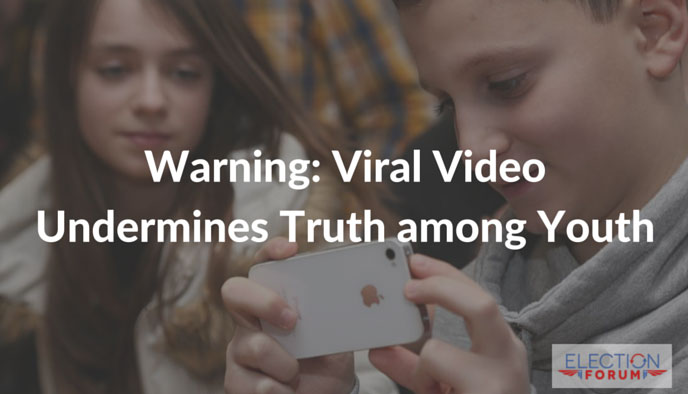 Christian youth groups and all millennials are being misled by a false video.

The kids in your high school, college and young adult classes have probably seen this video.

The video is insidious because at its surface, it seems rational, reasonable, and half-truth.

And it uses a powerful technique that Christians do know – the power of testimony.

Too many Christian youth ministries do not have strong teaching of God’s word, sound doctrine, and apologetics, so that kids could discern these falsehoods.

What’s happening at your church?

This viral video now has 777,688 views and will continue to grow.

Worse, few people will rise up within the local churches to confront this with truth.

To help you, here are some falsehoods in this video that need to be debunked:

In fact, Jesus isn’t mentioned in the entire video. It’s all about these people and what they find their identity in – apart from Christ.

We need to make sure young believers know what the core of the Christian faith is – not being a good person, not being nice to your neighbor – it’s all about what Christ has done for us on the cross and how we can now live in response to his death and resurrection.

This video eliminates the gospel from what it means to be a Christian.

“For the wages of sin is death, but the gift of God is eternal life through Christ Jesus our Lord” (Romans 6:23).

“But God demonstrates his own love toward us, in that while we were still sinners, Christ died for us” (Romans 5:8).

“If you confess with your mouth that Jesus is Lord and believe in your heart that God raised him from the dead, you will be saved” (Romans 10:9).

But Jesus tells us that our faith will offend others. That it is divisive like a sword. That we will be scorned and persecuted for it.

God does not call us to embrace sin in the name of love. Prophets in the Scripture grieve over sin and call Israel to repentance, out of love for Israel. Leaving others to their sin is not loving.

“Just because we prescribe to a faith that has some really terrible people in it doesn’t make all of us terrible.”

The Pharisees stood on a pedestal and boasted about how they measured up to the moral (religious) standards of the time. These people are doing the same thing – except they’re measuring themselves up to our culture’s standards of tolerance for sin and the freedom to define our own moral laws.