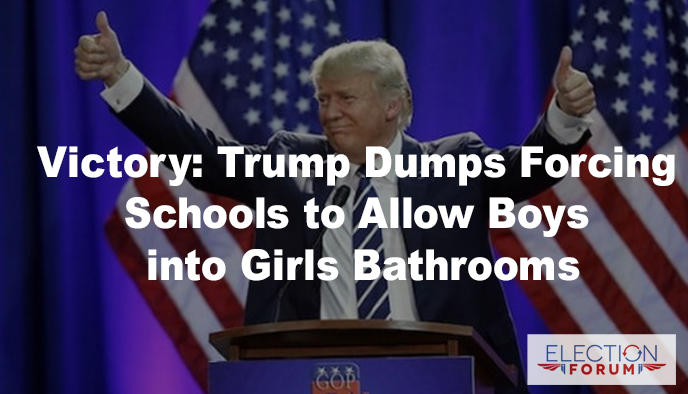 One of his final regulations was to force schools to allow “transgender” students into the restrooms, locker rooms, and sports programs of their choice.

This invasion of federal power into state and local schools was too much, and lead to at least a dozen lawsuits against the Obama Administration.

Then came the Trump Administration, who has waived the Obama Administration mandates and restored power over these decisions to the states.

But liberal corporate American  and Hollywood have continued to fight for “transgender rights”:

“Apple believes everyone deserves a chance to thrive in an environment free from stigma and discrimination.”

One question – what about the rights of women and children for their privacy?

This decision is not against anyone, but rather in favor of individual liberty and state sovereignty.

Unfortunately, in states like California, public schools already force local schools to allow students to use the facilities which align with their chosen gender rather than their biological sex. So there is no choice in policy.