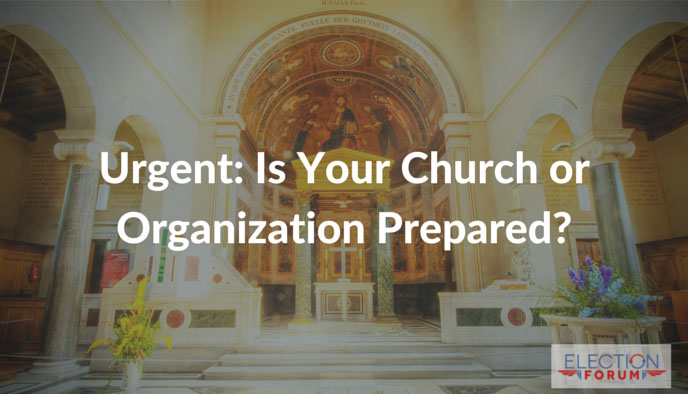 With the historic and sweeping Supreme Court marriage decision, churches and Christian organizations should protect themselves from possible litigation.

What will happen when you’re challenged for violating the “constitutional” rights of a homosexual?

Will you cave in?

Several situations will arise that could place your church in major legal trouble and a moral dilemma.

Having church bylaws specifically addressing these issues might not protect a church from a lawsuit, but it will place them in a better position to fight a lawsuit.

Every church is at risk of a lawsuit forcing a pastor or church to not “discriminate” against a homosexual leader.

Even hiring is a risk. In 1999, a woman who worked as a youth minister at a Colorado church was fired after it was revealed she was a lesbian living with another woman.

She brought a lawsuit against the church but was dismissed, with the court citing the First Amendment. But that decision would likely be different now that same-sex marriage is allowed.

In another instance, a worship leader at a California church was released when it was discovered he was gay. He sued the church because the pastor had explained to the congregation why he was let go. In this instance, the church won in court. But the church would lose today.

Should a church have in its bylaws these specifics, and should an employee be fired for not complying with the bylaws or a same-sex wedding denied based on the bylaws, it would allow the church to stand on better legal ground.

Contact me at (310) 212-5727 or craig@electionforum.org and I’ll connect you with more resources and a Christian legal team that can help you.