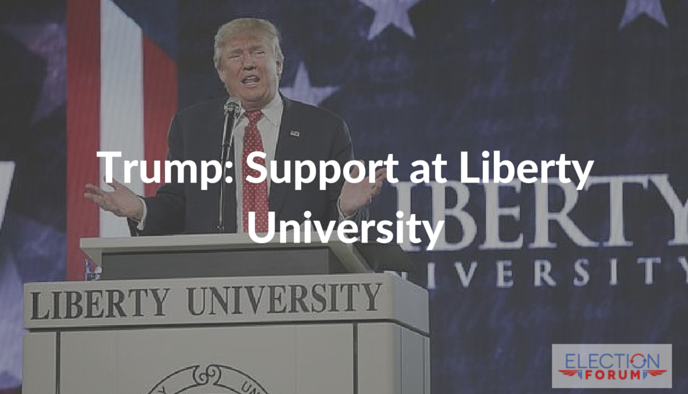 Jerry Falwell Jr., President of Liberty University, came close to endorsing Donald Trump for President, claiming that he is a great “visionary of our time”.

In stark contrast, Russell Moore, the director of the Ethics and Religious Liberty Commission, blasted Falwell’s fulsome praise of Trump. Moore even contended that the Liberty University leader was sacrificing the truth of the Gospel to score political points.

To answer those who criticize his warm friendship with Donald Trump, Falwell referenced Matthew 7: 16: “By their fruits, you shall know them.” He listed the jobs Trump has provided to millions of people, as well has his donations to many charities. Falwell also praised Trump’s three children, models of success in their private lives and vocations.

Jerry Falwell Jr. reminded his audience that in spite of Trump’s past moral failings, he demonstrated the qualities needed for a good leader to take charge of the nation.

And yet, the essence of the Gospel is grace, not works. Sadly, 71% of Americans (like Trump) still believe that works is essential to salvation. Ephesians 2: 8-9 could not be clearer:

“For by grace are ye saved through faith; and that not of yourselves: it is the gift of God: Not of works, lest any man should boast.” In light of this revelation, is there anything you and I (or even Donald Trump) can do to earn more of God’s favor?