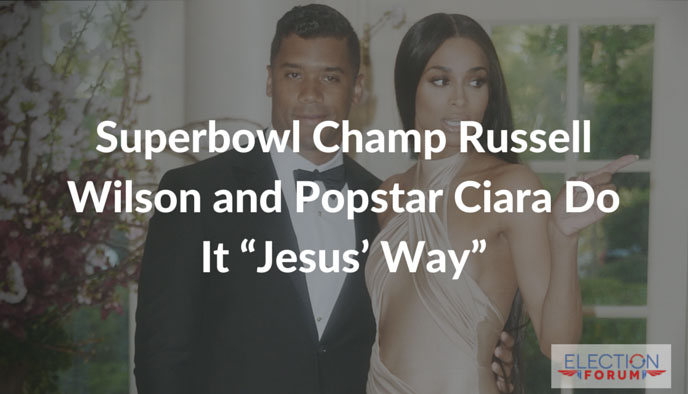 Seattle Seahawks quarterback and Super Bowl champion Russell Wilson said that he and his girlfriend have decided to date “Jesus’ way” – meaning they will abstain until marriage.

When telling the story, he said God spoke to him and told him to lead her. When Wilson brought the subject up, he said she was relieved.

He asked for prayer, admitting that it would be difficult and that he considers his girlfriend – pop superstar Ciara – a 15 out of 10.

Pray for them… and for all the singles living in a culture that encourages relationships not based on God’s best.