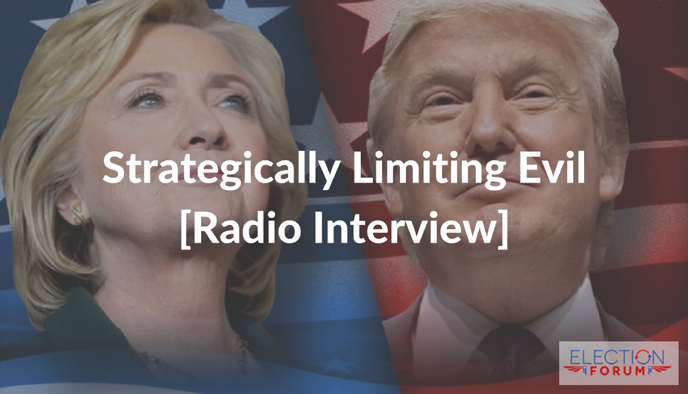 Christians who do not strategically limit evil are helping the greater evil to prevail.

In any election, it is very rare to find a well-qualified candidate.

Sometimes, you have to choose between the lesser of two evils in a race.

Some Christians would vote for neither.

But most would vote for candidate #2 in order to save some babies’ lives from murder. Protecting life is better than philosophical purity, because it leads to a higher moral good.

Dr. Ben Carson describes it this way. A paper cut hurts. Having your legs cut off hurts more. There is a difference!

Check out my in-depth article here.

Now more than ever, the Body of Christ must make every effort to limit evil in our nation and expand the good!