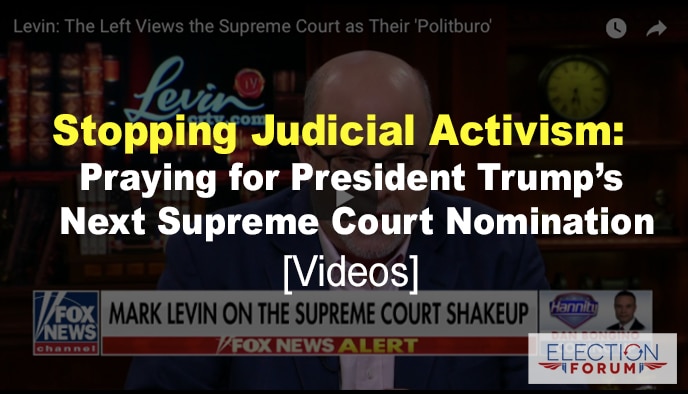 President Trump has said he will announce his next Supreme Court nominee on July 9th – next Monday.

There are several reasons:

They want judicial activists who will legislate federal law and dictate federal policy from the bench.

You never hear progressives talking about the articles and sections of the Constitution – what they mean and how they should be applied.

Instead, they talk about:

This is why it’s so important for Christians nationwide to pray diligently for President Trump – and for the Senate hearings and voting – regarding the next Supreme Court nominee.

Here are some specific things to pray for:

Watch this commentary by Mark Levin on what the real issue is between conservatives and progressives regarding the Supreme Court (7 ½ minutes):

Watch this short interview with Pastor Robert Jeffress regarding the issue of the Supreme Court following court precedent in their rulings (3 ¼ minutes):