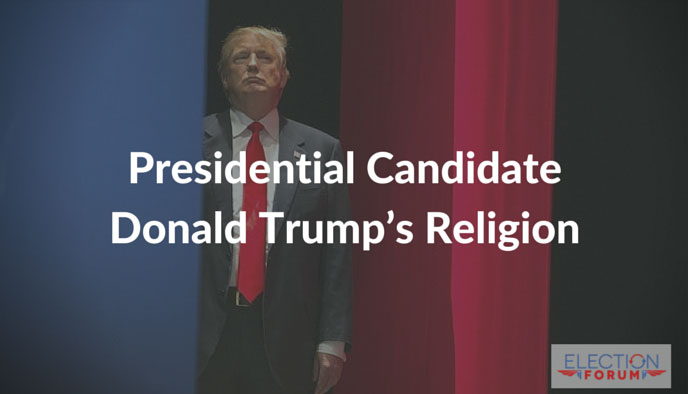 The media went crazy over Donald Trump’s criticism of John McCain at the Family Leadership Summit in Iowa, when said that McCain is not a war hero because he was a prisoner of war.

What has been given less coverage is Trump’s distant and impersonal statement about his religious faith, which has likely cost him evangelical voters.

The moderator Frank Luntz asked Trump if he had ever asked God for forgiveness. Trump answered:

“I am not sure I have. I just go on and try to do a better job from there. I don’t think so. I think if I do something wrong, I think, I just try and make it right. I don’t bring God into that picture. I don’t.”

And then he described what Communion means to him:

“When I drink my little wine – which is about the only wine I drink – and have my little cracker, I guess that is a form of asking for forgiveness, and I do that as often as possible because I feel cleansed. I think in terms of ‘let’s go on and let’s make it right.’”

Rick Perry warns Republicans against the kind of leader Trump would be:

“Most telling to me is not Mr. Trump’s bombast, his refusal to show any remorse for his comments about Sen. John McCain (R-AZ) 60%, but his admission that there is not a single time in his lift that he sought the forgiveness of God.

“A man too arrogant, too self-absorbed, to seek God’s forgiveness is precisely the type of leader John Adams prayed would never occupy the White House.

“Adams, Lincoln, FDR – they all went before God on bended knee. They all held this office of great power with humility.

“When a candidate under the Republican banner would abandon the tradition of magnanimous leadership of the presidency, when he would seek to demonize millions of citizens, when he would stoop to attack POWs for being captured, I can only ask as Senator Welch did of Senator McCarthy, ‘Have you no sense of decency, sir?’

“My fellow Republicans, beware of false prophets. Do not let itching ears be tickled by messengers who appeal to anger, division, and resentment.

“Resentment is the poison we swallow that we hope harms another. My fellow Republicans, don’t take the poison.

“Scripture tells us ‘a house divided against itself cannot stand.’”