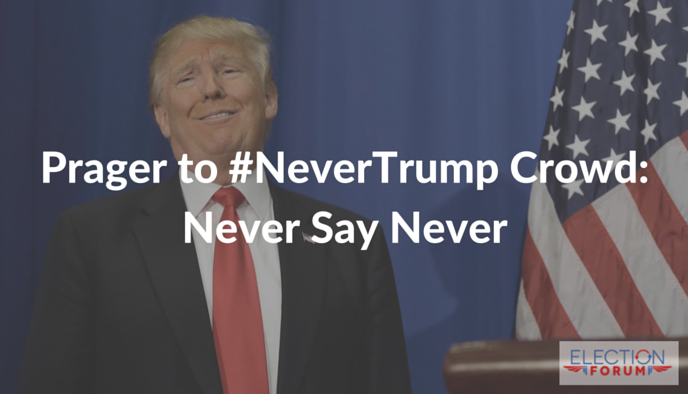 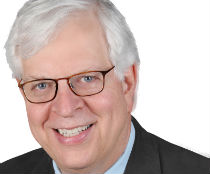 Conservatives are in a quandary.

The rise of Donald Trump has alarmed well-connected conservatives, from Jonah Goldberg to George Will, and even Prager himself.

Do they vote for the lesser of two evils, or just sit out an election with two unpalatable choices?

The arguments from Prager’s admired conservative colleagues have not convinced him to sit out, but rather to vote for Trump.

By not voting, Hillary Clinton will win the presidency, and all the damage that will follow.

Here are his nine reasons why Prager will vote for Trump:

Are you convinced to vote for Trump, or do you still say #Never? Email me at craig@electionforum.org.