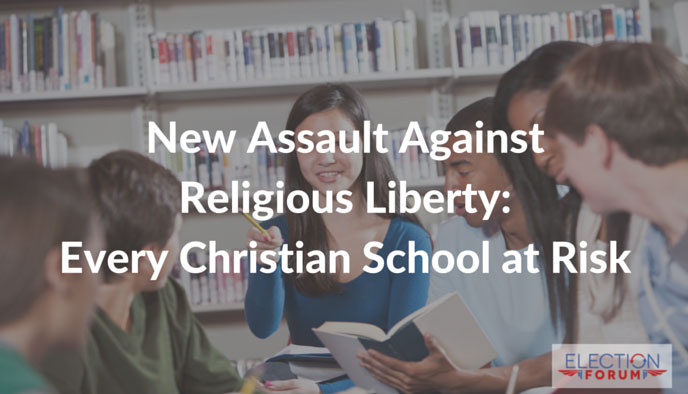 It’s becoming a constant assault on religious liberty. Local, state, and national bureaucrats and judicial activists are ignoring First Amendment rights and forcing people of faith to conform to their politically correct philosophy.

This time, it’s a new assault on a Christian School.

Fontbonne Academy, an all-girls Catholic School in Milton, Massachusetts, was ordered by a court to hire a homosexual despite its violation of their beliefs.

The school offered Matthew Barrett a position as food services director, yet when he listed “his husband” as an emergency contact, the school rescinded the offer. Per school policy, all staff are required to exemplify Catholic values, including marriage as an institution between one man and one woman.

Barrett sued the academy, and the Boston Superior Court ruled that the academy discriminated against Barrett because of his “sexual orientation”. Homosexual activists are claiming a major victory, citing that this judgment is the first against any religious organization denying employment to a same-sex marriage partner.

6 Comments on “New Assault Against Religious Liberty: Every Christian School at Risk”