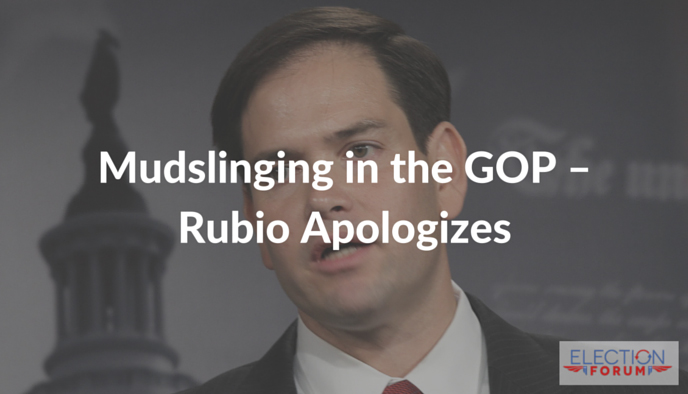 During this GOP election, the mudslinging has been far worse than in the Democratic Party.

Ignited by Donald Trump, it’s moved to the lowest denominator.

In fact, it was so disgusting, I have never seen anything like it in politics.

What’s interesting? The one who stood with the greatest integrity was Ben Carson, who refused to participate. Ted Cruz shot back, but never used improper words or innuendos, nor did John Kasich

A big disappointment was Marco Rubio, with personal attacks on Trump.

While I was quick to condemn him publicly, I have to admit that he stepped up, and he did the right thing and apologized.

Here’s what he said on the Kelly File, that he would no longer go to the lowest denominator and use personal attacks. He regretted what he had done, for his kids, for his wife, and for his faith.