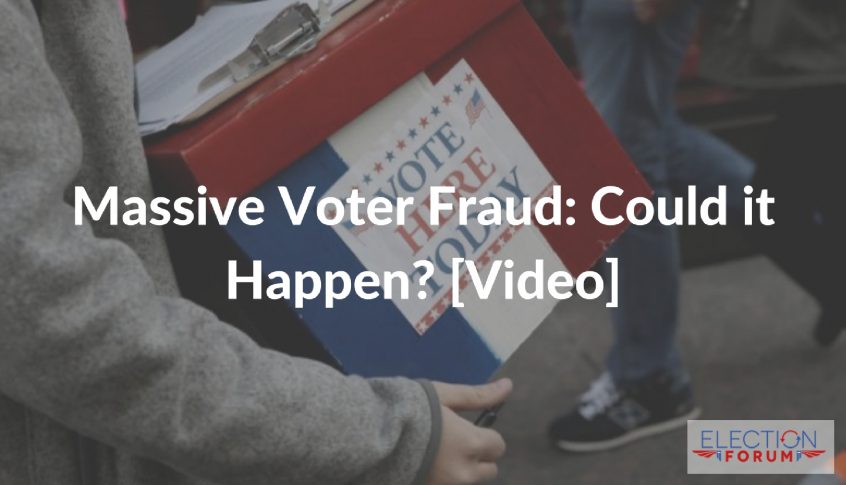 A great deal of debate is going on in the social media, TV, and radio about voter fraud.

Does it happen? Yes.

Is it large? Maybe.

Does it impact an election? Maybe.

In a democratic republic like ours, there should be no—ZERO—voter fraud. And with today’s technology and tools, each secretary of state in the 50 states should have it under control.

But most do not.

Just look at a few of things happening in Election 2016:

And voter fraud is getting more sophisticated, too:

The radical left—many hired by the DNC and Clinton campaigns—have spent over 12 months registering people through ACORN-like (i.e. illicit and in many cases illegal) organizations.

Check out the video here:

So have the Obamacare exchanges and the DMV.