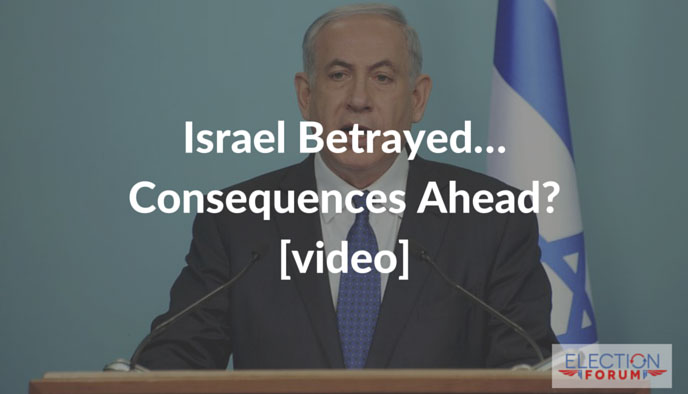 The world… including the U.S. … has turned its back on Israel.

The consequences and threat of nuclear war have never been greater, with the U.S. and the UN agreeing to the flawed Iran deal.

It was stunning. It was powerful. It was shocking.

It’s a must-see video. He surprised the UN – and the world – with 45 seconds of silence because of the silence of the UN against the attacks on Israel and the Jewish people.

Genesis 12:3: “I will bless those who bless you, and him who dishonors you I will curse, and in you all the families of the earth shall be blessed.”