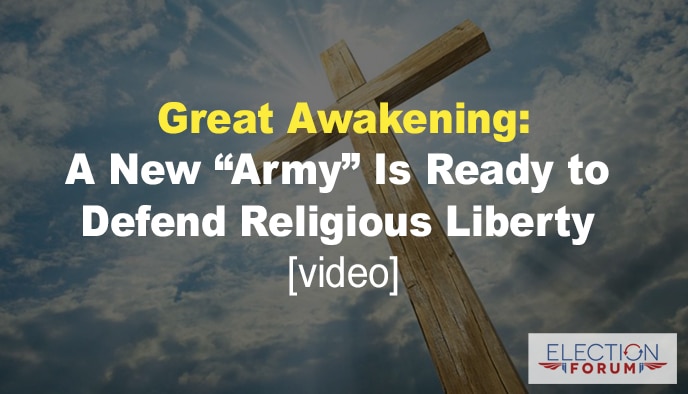 A New “Army” Is Ready to Defend Religious Liberty

They were shocked at what they were hearing … and they were motivated to take action.

First, two Hispanic pastors spoke. One told the crowd how their local governments were unconstitutionally trying to shut their ministries down so local marijuana and vape pens at discount business could move in. The taxes on state-licensed marijuana businesses provide a windfall to local governments as well as to the state bureaucracy.

The other described a different violation of constitutionally-guaranteed rights.

Then I gave a talk – also using a translator – about:

I also talked about our Election Forum and how we teach voters how to vote their values by:

These Hispanic pastors are arming for political and cultural transformation:

After my talk, Shelly gave a powerful prayer for these pastors…

One Comment on “Great Awakening: A New “Army” Is Ready to Defend Religious Liberty [Video]”