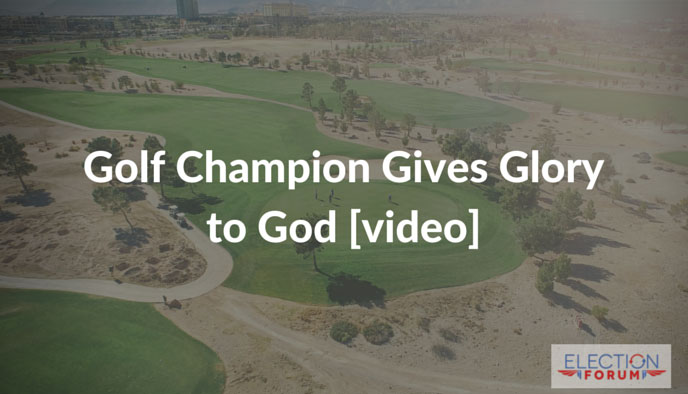 Zach Johnson, an American golfer, won the British Open in Scotland last week. He says that his win is due to the Scripture he read to keep focused.

When talking with reporters after the tournament, he gave all the glory to God. He said:

“I was reading bits of Scripture to myself, things like Psalm 24:7 (which says “Lift up your heads, you gates; be lifted up, you ancient doors, that the King of glory may come in”). I’ve been reading them all week. I thank God for the talent he’s given me, and I take it seriously.”

He’s also said before, “I discovered what it meant to ‘live for Christ’ and that it honestly was something I wanted to do. The facts were there, and I could sense the Holy Spirit at work. Early in the winter of 2002, I gave my life to the Lord. Before I was one, I always thought being a Christian would be boring. In reality, it has been the complete opposite.”