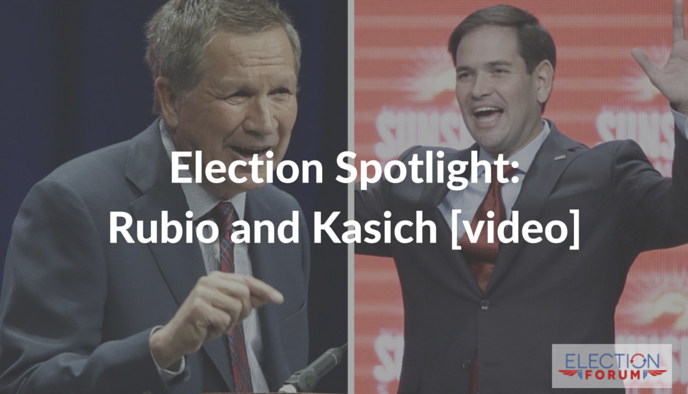 Sen. Marco Rubio has strongly and consistently defended the sanctity of life in his political career and presidential campaign.

He says that moral issues, like the definition of life and marriage, are not political issues. They are foundational principles to our society.

Watch this powerful interview with Sen. Rubio, where he explains why the sanctity of life is so important to him and why he will never compromise on it for political gain:

Presidential candidate John Kasich has announced that, if he becomes President, he will create a government agency that exists to spread Judeo-Christian values around the world.

He’s trying to pander to the Christian vote by making himself out to be a champion of Christian values and religious liberty. He’s explained that he wants this agency to establish a Christian based belief system in Iran, China, Russia and the rest of the Middle East. He says that the radicalization of many young people by ISIS is due to a “vacuum of values.”

The agency would exist to protect and expand religious liberty, free speech, democracy and other human rights.

The problem? Kasich doesn’t even defend these values here, under their Constitutional protections.

We need our government to protect our Judeo-Christian values and Constitutional rights – not try to impose them on everyone else.

One of the fundamental Judeo-Christian values is the sanctity of marriage – but John Kasich has capitulated to the Supreme Court’s power grab in redefining this fundamental institution. He passed the buck on this controversy.

What’s more, Kasich is not a champion of religious liberty – not even here in America, where it is constitutionally protected. His verdict on Kim Davis’ request for her religious exercise regarding marriage to be respected? She has no right to religious exercise because “she’s a government employee.”

If you don’t uphold religious liberty as written and protected in the Constitution of a Judeo-Christian nation, the attempt to spread Christian values and freedoms to the most anti-Christian parts of the world is a farce.