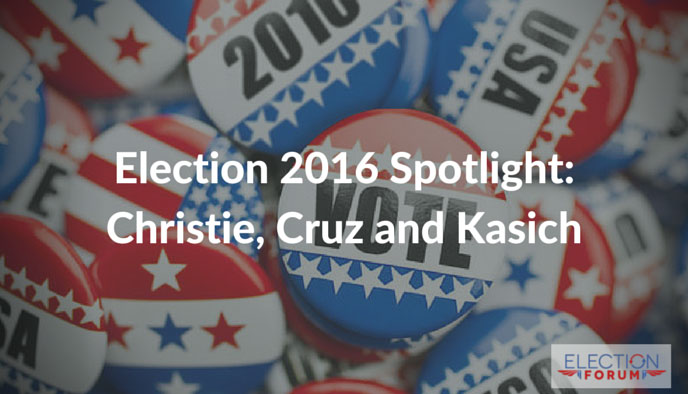 Governor Chris Christie positions himself as a moderate, talks tough like a conservative, and is liberal on most social and many economic issues.

Known for his attacks on Rand Paul (who opposes big government and supports individual freedom and the Constitution), Christie has:

And, Christie has attacked Christians.

Christie is the second governor in the U.S. (Brown in California being the first) to sign a bill banning gay conversion therapy. He states that this counseling subjects children to “critical health risks including, but not limited to, depression, substance abuse, social withdrawal, decreased self-esteem and suicidal thoughts.”

This is the left’s agenda: to paint any opposition to the homosexual agenda, any defense of Biblical truth, as equivalent to racial bigotry.

1) Overrides parental authority. Parents will be jailed if they take their child to a counselor or pastor about same-sex attraction.

2) Overrides pastors’ freedom. The pastor could go to jail for counseling anyone under 21 with same-sex attraction.

4) It makes it illegal to tell a young person that God can give someone with same-sex attraction the ability to live a Biblically-based life… and even be transformed by the Holy Spirit.

Christie also issued a statement restating his view that he does not think that someone who is a homosexual is a sinner.

2. Cruz Calls Out Judicial Activism and Calls for Repealing Obamacare

Senator and 2016 Presidential candidate Ted Cruz has made repealing Obamacare one of the central issues in his campaign.

Before being elected to the U.S. Senate, Ted Cruz was the youngest and longest-serving Solicitor General of Texas.  He has also served as a law clerk to Chief Justice William Rehnquist on the U.S. Supreme Court.

“Today’s decision in King v. Burwell is judicial activism, plain and simple. For the second time in just a few years, a handful of unelected judges has rewritten the text of Obamacare in order to impose this failed law on millions of Americans.”

“As Justice Scalia rightfully put it, ‘Words no longer have meaning if an Exchange that is not established by a State is “established by the State.”’ He also said, ‘We should start calling this law SCOTUSCare’ – I agree.

“If this were a bankruptcy case, or any other case of ordinary statutory interpretation, the result would have been 9-0, with the Court unanimously reversing the Obama administration’s illegal actions. But instead, politics intervened.

“For nakedly political reasons, the Supreme Court willfully ignored the words that Congress wrote, and instead read into the law their preferred policy outcome. These judges have joined with President Obama in harming millions of Americans. Unelected judges have once again become legislators, and bad ones at that. They are lawless, and they hid their prevarication in legalese. Our government was designed to be one of laws, not of men, and this transparent distortion is disgraceful.”

He also calls on all GOP 2016 candidates to make Obamacare a primary issue:

“If [the Republican leadership in Washington] believe this issue is now settled so they don’t have to address it, they are sorely mistaken.

“Every GOP candidate for the Republican nomination should know that this decision makes the 2016 election a referendum on the full repeal of Obamacare.

“I have made repeal of this disastrous law a top priority since the first day I arrived in the Senate and have made its repeal central to my campaign. Any candidate not willing to do the same – and campaign on it every day – should step aside.”

And he outlines the consequences of this decision:

“After today’s ruling, Obamacare will now be responsible for imposing illegal taxes on more than 11 million individuals and for burdening hundreds of thousands of businesses with illegal penalties on their workers, killing jobs, and further slowing economic growth. President Obama’s health care law remains deeply unpopular and is harming countless Americans by increasing costs and worsening the quality of care.”

John Kasich wrote a book in 2010 titled “Every Other Monday,” which is titled after a biweekly Bible study he’s attended for years.

Publisher’s Weekly said about this book: “The Christianity that emerges from these pages is tame and has nothing profound to say.”

Kasich writes, “[God] is with me wherever I happen to be. I go to church because that’s what you do. I find God in the stories of the Bible, in the random acts of kindness I see every day, in the choices I make and the ways I interact.”

He also uses Scripture in his political campaigns. For example, he used Scripture to justify expanding Medicaid to over a quarter million Ohioans.

Don’t forget to vote in our Presidential poll, here.