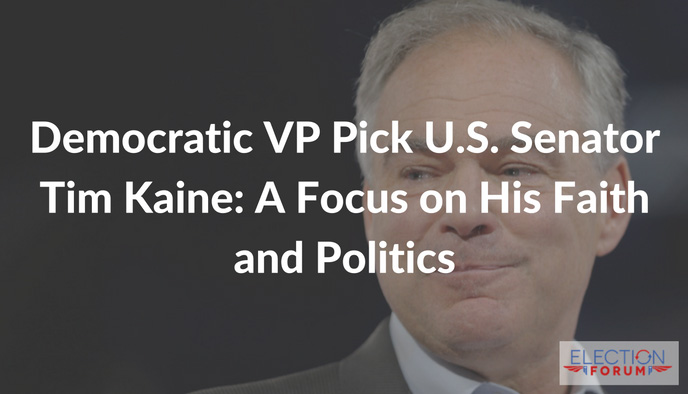 He went to a Jesuit school. In college, he volunteered with the Jesuits in a missionary trip to Honduras. He engaged in work centered on political and social justice against the government.

He went on to become a trial lawyer, and is now one of the richest politicians in Washington D.C.

Even though he is a very vocal Catholic in he which fully acknowledges his faith in God, Evangelicals have pointed out a number of contradictions between his faith and he belongs to a party which stands in opposition to many of his beliefs.

Here is Tim Kaine at the 2016 National Prayer Breakfast.

Check out a video on Kaine’s views of religious in the public square.

6 Comments on “Democratic VP Pick U.S. Senator Tim Kaine: A Focus on His Faith and Politics”