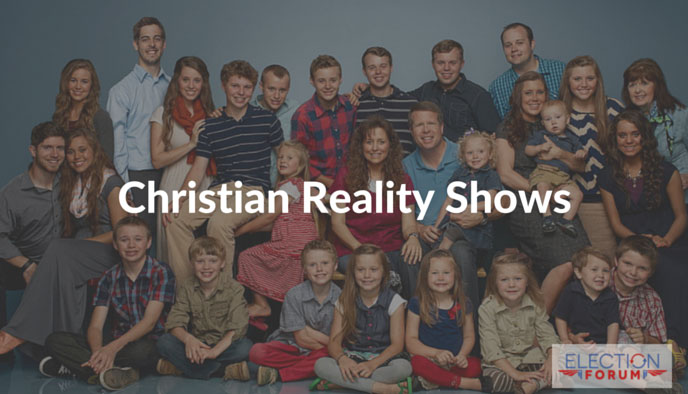 Many are questioning the wisdom of Christian reality shows.

Before the recent show “Preach” was canceled, nearly 15,000 signed a petition to cancel it. The show was about four prophetesses, and critic Tachina Carter stated that “Cameras do NOT belong in the church filming the ‘spiritual’ things that society as a whole does not understand.”

But Carter doesn’t just think it’s improper – she thinks it is harmful: “By airing this show it will cause more harm than good to the Christian community who already has a difficult time in sharing ‘The Good News’ of Jesus Christ to the masses.”

Lifetime network canceled the show after only two episodes were aired, but they deny that the decision was influenced by the petition – saying instead that the show wasn’t performing well enough to continue.

But there are many Christian reality shows that have performed extremely well: A&E’s “Duck Dynasty,” Lifetime’s “Preachers’ Daughters,” Oxygen’s “Preachers of L.A.,” and TLC’s “19 Kids and Counting.”

“19 Kids and Counting” had 3.5 million viewers per episode, and advertising for the show reached $25 million just this year.

Of course, this wildly popular show was canceled after the scandal about Josh Duggar’s childhood sins – and, more recently, the Ashley Madison hack has been a disappointing and devastating revelation for many Christians. Read our article on that here.

Controversies surrounding many of these shows are making Christians question whether they are a good idea.

For example: TLC hosted another show that was extremely controversial and had to be canceled. This show, “The Sisterhood,” was about pastors’ wives.

Pastor and gospel singer Donnie McClurklin spoke out against this show and others like it, warning that it could hurt Christians’ witness and kingdom work.

“Why do we support such things like TLC’s ‘Sisterhood’ showing the underbelly of 1st ladies, hurting the church image, giving God a bad name… I really wish ALL of Christiandom would do the same and boycott it. We have to defend the image of the KINGDOM! SPREAD THIS WORD.”