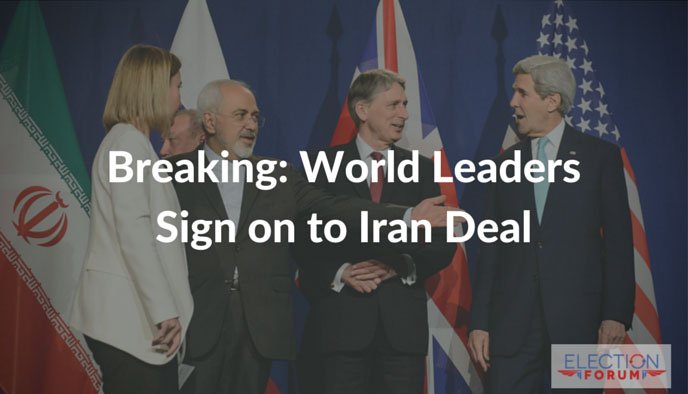 The Iran deal will impact every reader…

The deal empowers and enables Iran to attain nuclear capabilities.

It will also spark madmen in Saudi Arabia and other countries to arm themselves with nuclear weapons.

This nuclear agreement is not negotiation; it is capitulation. It is appeasement to the world’s most dangerous nation.

Iran’s leaders believe that Israel is little Satan and the U.S. is big Satan.

And they laugh at the thought that Israel is only “one bomb away.”

The biggest problem with this agreement: there are no real time inspections of nuclear facilities.

The liberal politicians and media are celebrating.

Obama says this deal gives us 24/7 access to nuclear facilities, and he promises the deal is “built on verification” that Iran will not get nuclear capabilities. Al Jazeera also reports that the deal provides for on-site inspections – but fails to report that these inspections only occur with permission.

Iran is essentially given 24 days of advance warning before any inspections can occur. And they can veto an inspection in certain locations.

Iran is rejoicing because they win.

Israel is weeping, and we should be too.

This deal is eerily similar to the “deal” made with communist North Korea – which enabled them to acquire nuclear weapons. But North Korea has not proclaimed “death to Israel” and “death to America” and launched terror attacks worldwide.

Already, there are those crying “peace, peace” – but there is no peace.

Iran will not keep its word – it never has. Its religious zeal is for destroying Israel and the U.S.

If achieving that goal means lying, they will lie. If it requires deceit, they will deceive.

The deal poses a terrifying threat to Israel, America, and the world.

Watch these videos to learn more:

Jay Sekulow on the deal and Americans held hostage in Iran, watch here.