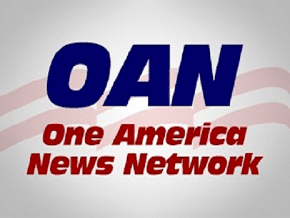 There is a growing censorship of conservative/libertarian TV and Christian TV.

OAN and Newsmax and FOX are all being hit.

It’s a very dark moment in American history if we allow this to happen.

I was recently interviewed by Pastor Greg Young of the Chosen Generation Podcast/national radio broadcast.

Here are the highlights. You can listen to it HERE.

The pro-socialist/radicals do not want you to hear an alternative point of view.

OAN is a conservative network that is now being kicked off of DirectTV in April.

DirectTV provides 90% of their revenue and this censorship could put them out of business.

The next target will be Newsmax which has already lost major carriers – followed by Christian TV.

We need to support the freedom of the press and the free exchange of ideas by signing our petition (see below).

Senator Rand Paul cancelled his own subscription to DirectTV.

But FOX, Newsmax, and OAN are on their way to extinction.

They argued that OANN and Newsmax were presenting misinformation and not telling the truth.

The U.S. Surgeon General even called for the censorship of OAN.

Moveon.org and other left-wing mobilizers took their own databases and they activated an army of radicals.

This army of radical mobilizers and activists demanded DirectTV to take OAN off the air…and they succeeded.

Conservatives and libertarians cannot get their message out thanks to Big Tech and the biased media.

If you want to protect America and to protect our future, we must have freedom of the press.

We must overcome the culture of censorship and turn this around.

Bill Morrow is the CEO of DirectTV and we should flood his email and his phone lines. His e-mail is morrowbill@directv.com and the phone number is 800-531-5000.

Let’s get out there and make a difference and work to stop this censorship.

Click HERE to listen to the full interview…it’s about 27-minutes long.

Also be sure to sign our petition, “Help Stop the Censorship of OAN on DirectTV”. You can click HERE.

What do you think? Let me know a craig@electionforum.org.