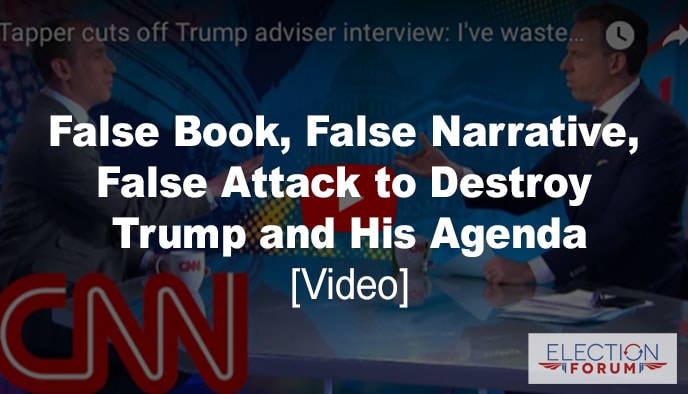 Don’t be misled by the mainstream media and social media hype about Michael Wolff’s new book, Fire and Fury: Inside the Trump White House.

It’s nothing but a hit job on President Trump …

Michael Wolff believes that his book will bring down the Trump presidency by spreading the view that Trump is mentally unfit for office.

I remember in middle school the press calling Republican presidential candidate Barry Goldwater unstable, out of control and losing his mind … and that if elected, he would lead the U.S. to nuclear destruction.

The same narrative was used against Ronald Reagan.

And now it’s being used to attack Donald Trump.

It’s a false narrative … being spread using a false book.

It’s all part of the ongoing effort to destroy President Trump and his pro-America agenda.

But here’s the truth …

Watch this powerful 12 ½ -minute video of White House advisor Steven Miller discussing the mental capacity of President Trump with CNN commentator Jake Tapper … and then being cut off when Tapper says, “I’ve wasted enough of my viewers’ time.”