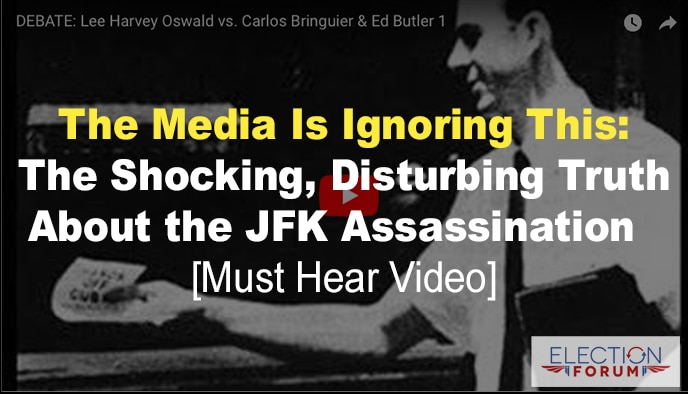 November 22 is the 54th anniversary of the assassination of President John F. Kennedy. It’s shocking … and quite frankly disturbing how government and the mainstream media have ignored an important truth of the assassination. It’s been a month since most everything about the assassination has been released by the government. Eighty-eight percent of the Archives’ 5 million pages of … END_OF_DOCUMENT_TOKEN_TO_BE_REPLACED