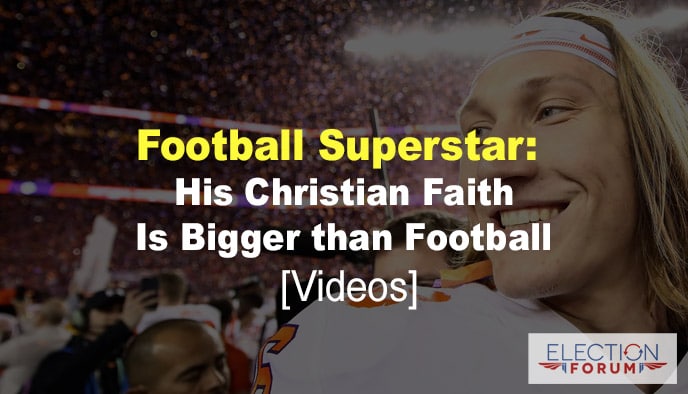 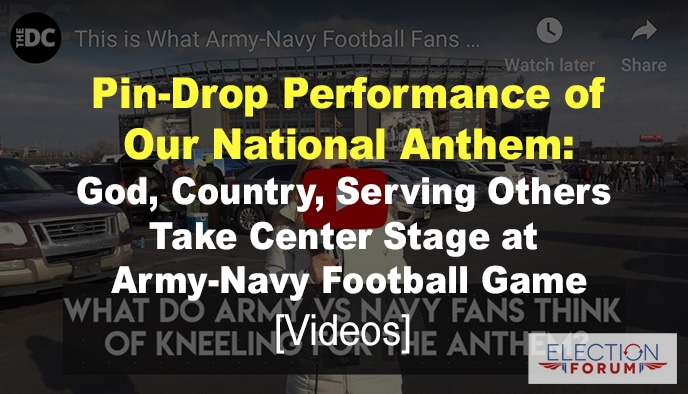 The Army and the Navy are the 2 oldest branches of the United States military.   Their football teams recently played each other for the 119th time – in Philadelphia, a neutral site.   President Trump and Secretary of Defense James Mattis attended the game, along with 66,729 Army cadets, Navy midshipmen, active duty and military veterans and fans.   … END_OF_DOCUMENT_TOKEN_TO_BE_REPLACED 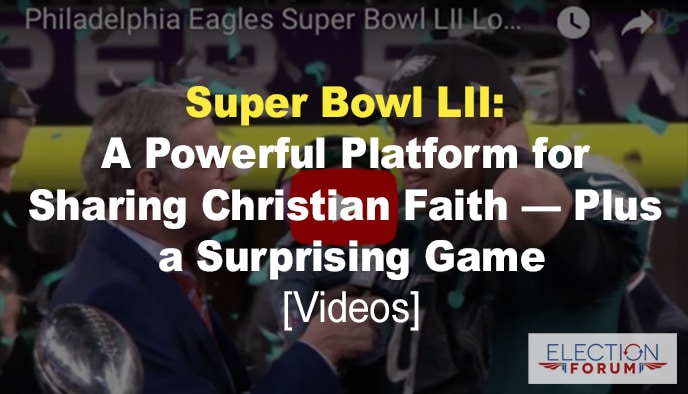 Super Bowl LII had some surprises for millions of viewers: The Gospel was preached Christ was proclaimed God’s transforming love was exhibited Philadelphia Eagles quarterbacks Carson Wentz and Nick Foles are both outspoken Christians who talk openly about their faith with their teammates – both during the season and in the offseason. In fact, Malcolm Jenkins – who plays safety … END_OF_DOCUMENT_TOKEN_TO_BE_REPLACED